Benjamin Umstead
Editor, U.S.; Los Angeles, California (@filmbenjamin)
Tweet Post Submit
Sunday evening saw Mórbido Fest 2013 in Pátzcuaro, Mexico come to a close, and here I am reporting it on Wednesday evening. Yes, that's how bat shit amazing and triple A crazy things were (also I had to travel back to L.A.). So let's get to it, click through the pic of the Teatro Emperador below for more -- All images courtesy of Paulo Vidales, one of Mórbido's official photographers, except the final image which is by me. 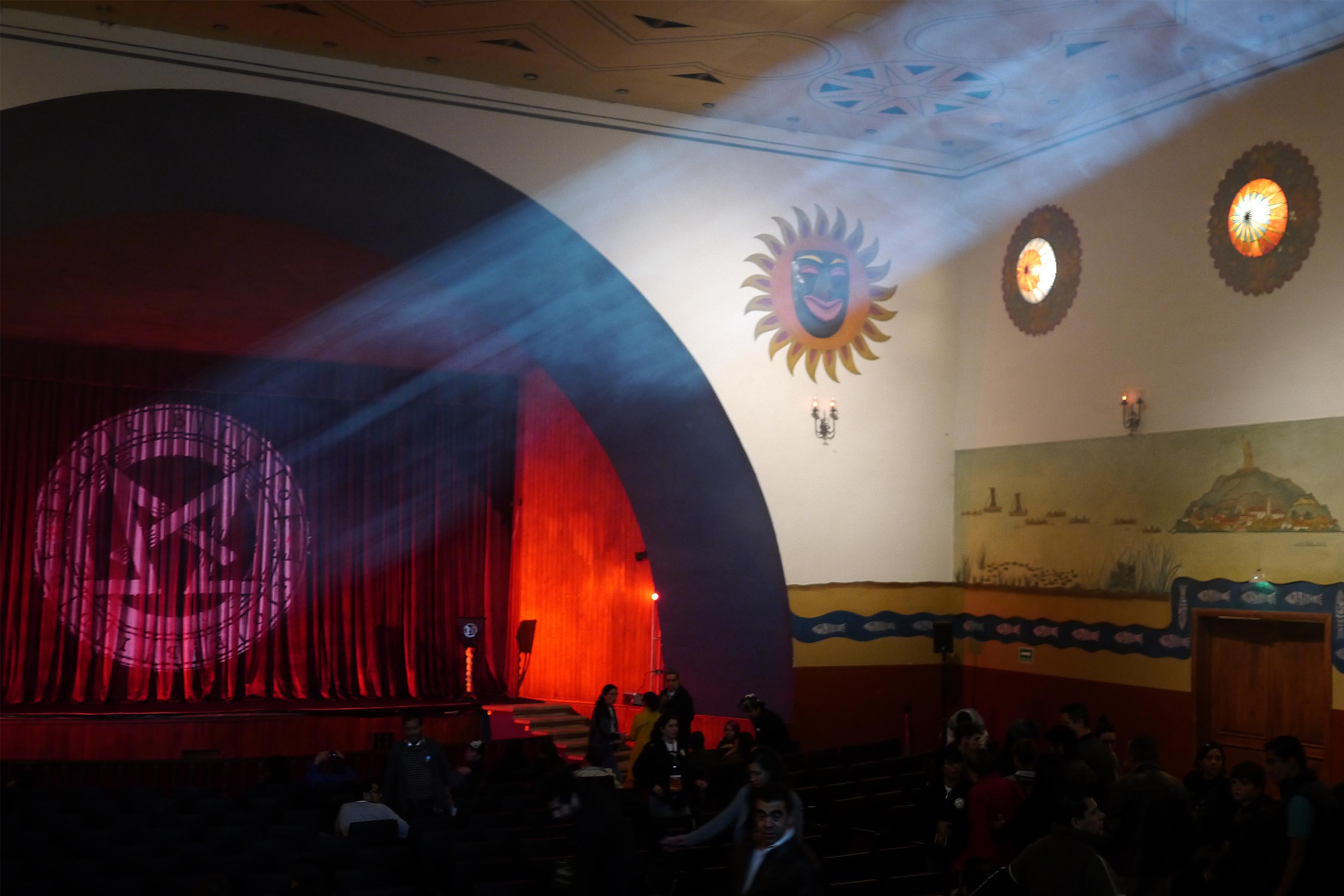 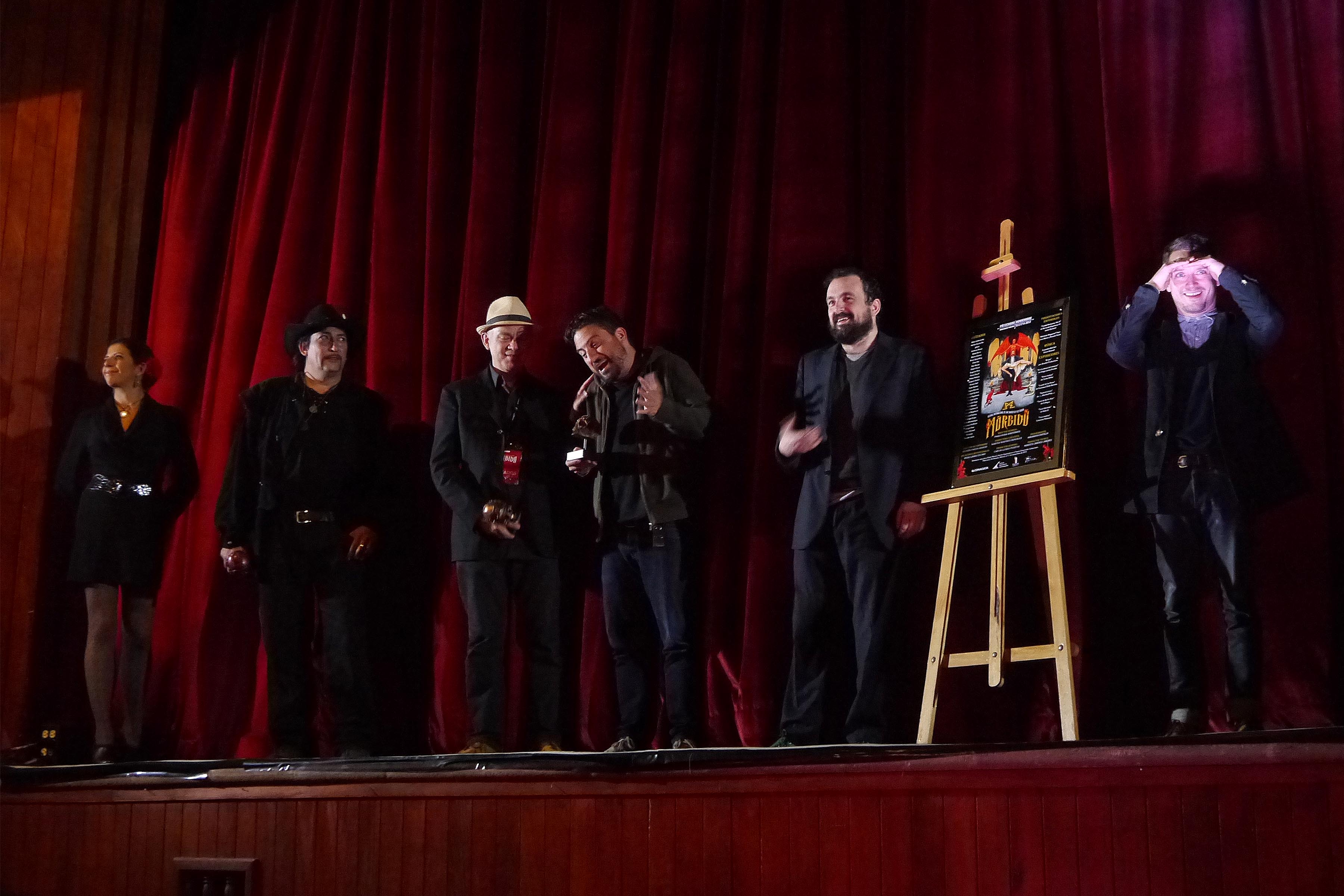 This year's awards went to four distinct visions from across the globe.

The coveted director's award, which is selected by the directors with films playing at the fest and who are in attendance, went to Richard Stanley for his documentary The Other World (L'autre Monde). A special mention went to Michael Bartlett for his ghost story The House Of Last Things.

Elijah Wood and Nacho Vigalondo were also on hand to unveil the fest's commemorative poster. 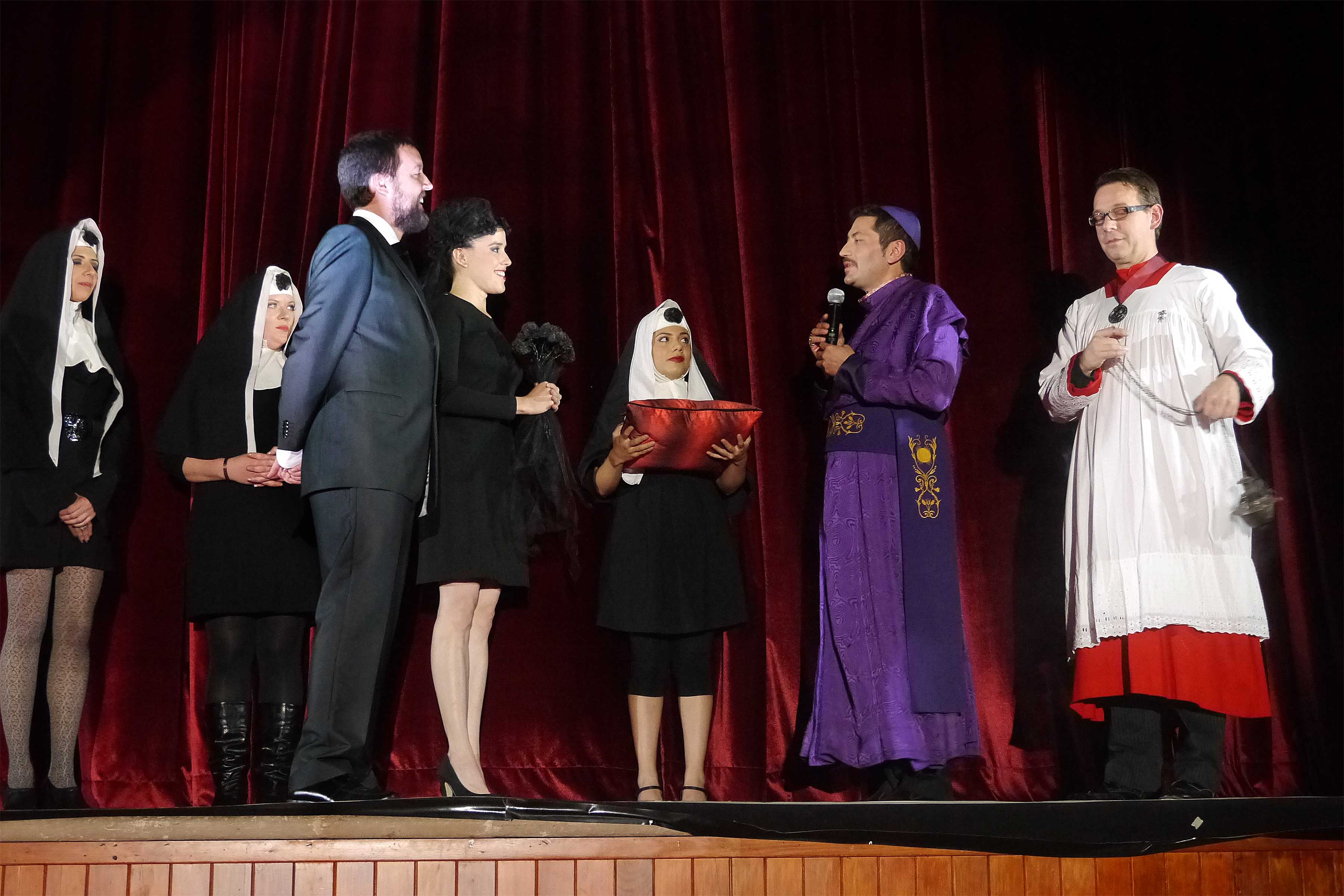 The closing ceremony was preceded by... a wedding.

As someone who became friends with the couple over the course of the week, I can say this was a rather amazing way to wind down/wind up the fest. Also (and you probably had to be there), German producer Tim Luna as an altar boy was hilarious. 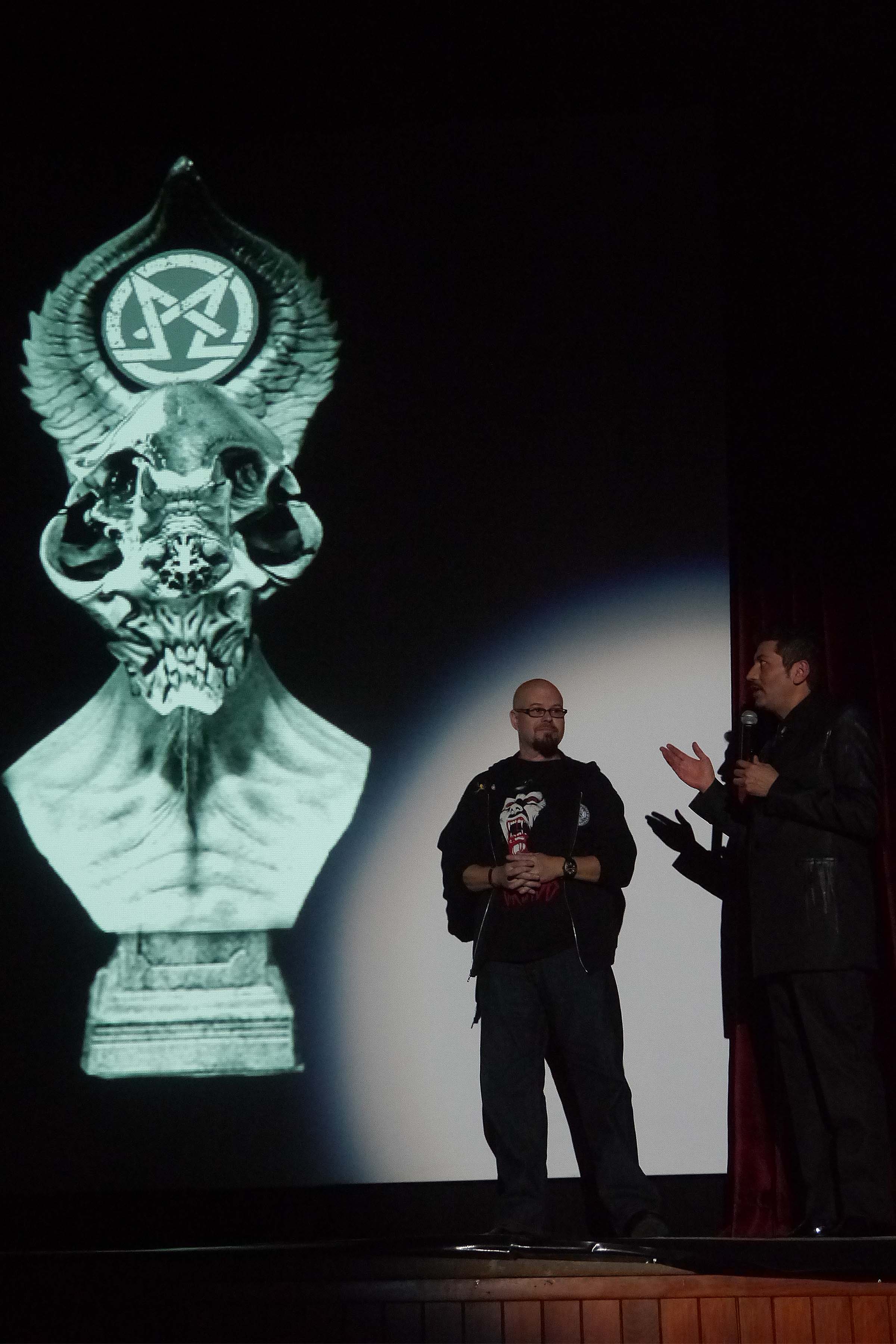 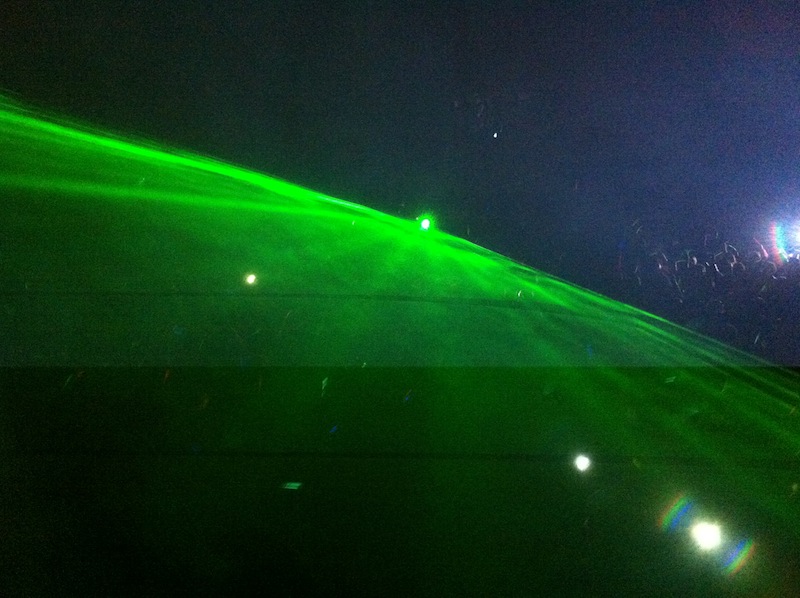 My final night at the Teatro Emperador ended with me standing on the edge of the stage in a glowing Mórbido t-shirt along with all the other special guests at the fest -- a surreal and certainly most joyous moment to be sure. As the crowd cheered, waving their glow sticks and snapping photos, a 2001-esque beam of green light streamed across the darkened theater and I knew that I would miss this place, this time, and the people I had spent it with, like few other things in my life that had come before.

But there's always next year. And to be sure ScreenAnarchy and Mórbido are now closer than ever, so keep yer eyes peeled in 2014, both online and off, for even more.

A week ago I left L.A. for Mexico. I returned last evening. It feels like three months. I didn't know what to expect on this trip exactly. I was, at first, more than a little nervous, and also quite embarrassed by my lack of Spanish. I am only beginning to comprehend how I've grown and changed in the time since last Tuesday, but I know I've been on an incredible journey. Hopefully a shred of that has come through these fest reports, though I am too happy and tired to really know.

For making Mórbido 2013 an undoubted highlight of my year, I must thank a few folks: festival director Pablo Guisa Koestinger, a charming devil if there ever was one; the elegant executive producer Karyna Martinez Gonzalez; the effervescent programmer Abraham Castillo Flores; the calm n' cool Ricardo Farias Arauzo; all my new filmmaking friends... with the biggest round of applause going to guest coordinators Laura Rojas and Andrea Quiroz, plus the army of friendly volunteers. As it is with any festival those volunteers put in more blood and sweat than any of us press, which is to say you have the hard jobs, but make it look so, so easy and so much fun.

Do you feel this content is inappropriate or infringes upon your rights? Click here to report it, or see our DMCA policy.
eugenio mirafestivalsgrand pianohouse of last thingsmichael bartlettmorbidorichard stanleythe other world