Eugenio Mira's latest packed the Teatro Emperador in Pátzcuaro, Mexico to bursting Saturday night. The lively evening got under way with Mórbido Fest director Pablo Guisa Koestinger mock-conducting the film's star Eljah Wood as he played a tiny prop piano while Mira filming the shenanigans. One thing at Mórbido is clear: Their sense of humor is playful and often self-deprecating.

Reviewed by Eric D. Snider at Fantastic Fest, the film has a simple and fun premise reminiscent of plenty of Hitchcock thrillers: Renowned but retired pianist Tom Selznick (Wood) returns to the stage for one night, only to be roped into an elaborate heist based around a nearl impossible to play piece and the secret of his old mentor's piano.

The central location of the concert hall is utilized beautifully by Mira and cinematographer Unax Mendía, where the conceit is that Wood is largely confined to his piano, as he must play perfectly or else get offed by John Cusack's sniper-ready criminal. While it's fun to watch Wood sweat it out over the ivories, the film's script by Damien Chazelle doesn't feel fully baked and is too enamored with its -- granted -- stupendous premise to really flesh out its characters. However, Mira's elegant direction with the support of Mendía's operatic cinematography, Jose Luis Romeu's clean cutting and Javier Alvariño's superb production design elevate it above most other thrillers of today. 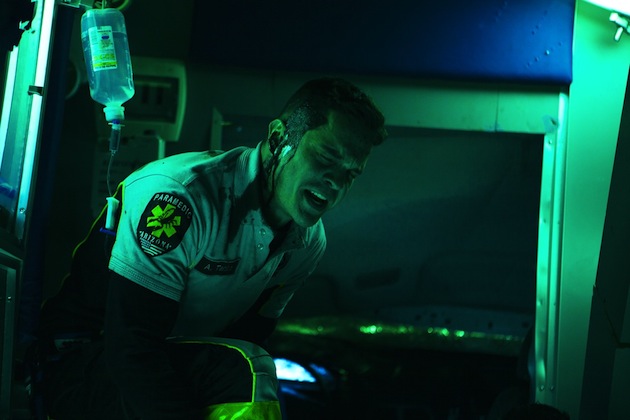 Becker's film, like Mira's, works its audiences' heart rate up by using an isolated location: its story plays out almost entirely within an American ambulance that has crashed on the Mexican side of the border after having picked up an injured man. While the premise and claustrophobic location present for a fascinating setup and some initially genuine horror and panic the film ultimately falls under its own incessant manic energy. The Mexican gangster who threatens the injured crew from the outside, is insultingly one-note and grossly stereotypical, with most of the crew never escaping basic archetypes (the soon-to-retire pro, the newb). Becker's point as a writer/director is to set aim at racial and ethnic issues on both sides of the border, but the movie never manages to get out of a very black and white way of thinking, which greatly lessens any sociopolitical impact it is trying to make. 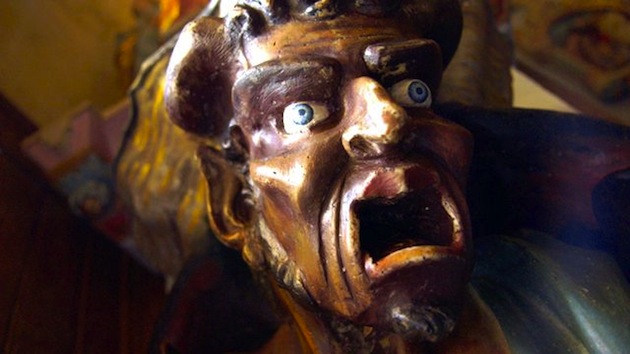 Though Mórbido Fest 2013 is coming to a close this very evening there's plenty more to cover from my adventures in Pátzcuaro, including my first ever experience at Lucha Libre wrestling, a word on Richard Stanley's documentary The Other World (L'autre Monde), plus a bevy of genre shorts, features and more -- stay tuned!

Do you feel this content is inappropriate or infringes upon your rights? Click here to report it, or see our DMCA policy.
elijah woodeugenio mirakuno beckermorbidopanic 5 bravo