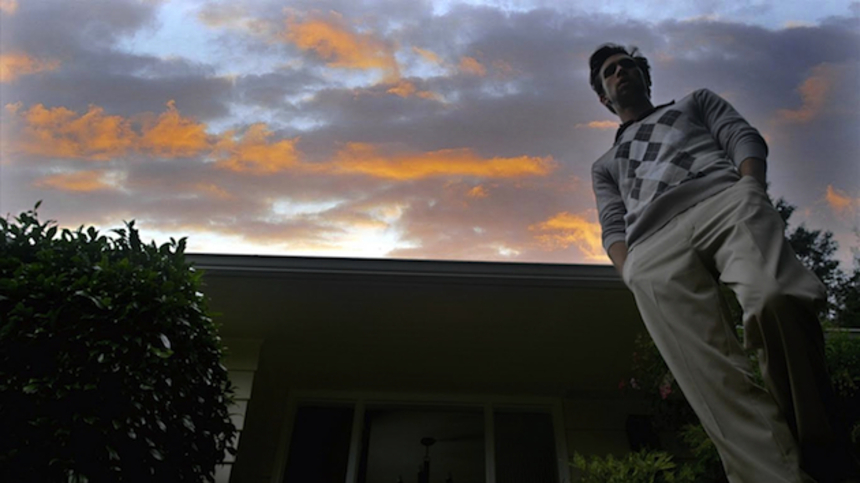 A small boy clutches a yellow balloon as if it's a security blanket. A young woman cuts open an apple only to find a golf ball inside. Her teenage brother watches in fright as a photo of a loving couple morphs into that of two coffins, side by side.

These are just a handful of the fantastic images from Micharl Bartlett's House Of Last Things, a ghost story that behaves far differently from most other recent American fare that have chosen to play in such supernatural realms. Though the film is at times still quite creepy, and always persistently strange, Bartlett's story is refreshingly absent of evil and any real terror, gruesome or otherwise. For as much as it is a ghost story House Of Last Things is also a love story. That is to say, aren't the usually very interesting ghost stories always love stories of some kind too?

The house of the title isn't, as one could imagine, of any real sinister nature either. This quaint, one story family home in Portland acts as a mere vessel, a sort of dimensional amplifier and transporter, collecting and storing memories and emotions; reflecting and reshaping whoever occupies its spaces. At first, that would be Alan (Randy Schulman) , a classical music critic, and his wife Sarah (Diane Dalton). With Alan insisting to the recently institutionalized Sarah that a trip to Italy would do them some good, we then meet Kelly (Lindsey Hahn), the house-sitter, and soon enough, Tim (RJ Mitte), her teenage brother, and Jesse (Blake Berris), her wild haired boyfriend, who is just as much a slacker as he is a schemer. To cope with the increasingly bizarre happenings in the house he drinks and smokes to distract. And then his eyesight begins to go, so he puts on a pair of Alan's glasses; he changes from his grungy clothes into Alan's crisp pastels, and is compelled to drive Alan's car... and on such a drive, he finds Adam (Micah Nelson), a lost little boy who he at first thinks he could get a ransom for, but then insists that he could be his dad.

The film's ambitions around big metaphysical and spiritual ideas, at times, topple in and stumble over each other as to become inarticulate, with Bartlett relying on the basic buoyancy of said ideas and images to carry things along to the next reveal and unraveling. But these faults only become a true nuisance if one looks at the film's logic as of a literary and lucid kind, which is not the aim here. House Of Last Things charts its many twisting paths through dreamscapes and nightmares. Characters, at first, act in irrational and manic ways... they are fighting against transformations, soon enough compelled and possessed by the emotions, the needs, and the loves of someone else, of some other time and place, but right here and right now, now truly themselves. While not every manic or hypnotized moment works, the transformation Berris' Jesse goes through is a fascinating one to watch unfold and is altogether satisfying and believable within the constructs of the film's world.

While House Of Last Things ends up more or less where we expect it to, it is the way Bartlett, along with cinematographer Ken Kelsch (known for his decades long collaboration with Abel Ferrara), takes us there that makes the film far more unexpected and surprising than it could have been. The hollow consumer driven hopes of a post-war America, the Garden Of Eden, Verdi's Rigoletto: all are referenced in intriguing ways during the course of the film. In turn, Bartlett's cinematic narrative linage recalls Hitchcock and Polanksi's American productions, and in brief flashes, the strange suburbia of David Lynch's Blue Velvet. Though its clearer and more enticing parentage stems from the often beguiling tapestries of Luis Buneul and Jean Cocteau.

Starting with the fantastic slow-motion opening credits, which chart the history of the land where the house is eventually built, the feverish deluge of mesmerizing images that make up House Of Last Things take us further and further down a rabbit hole we're only too happy to lose ourselves in.

Do you feel this content is inappropriate or infringes upon your rights? Click here to report it, or see our DMCA policy.
blake berrisghostshouse of last thingslindsey hahnmichael bartlettmorbidorj mittesupernatural