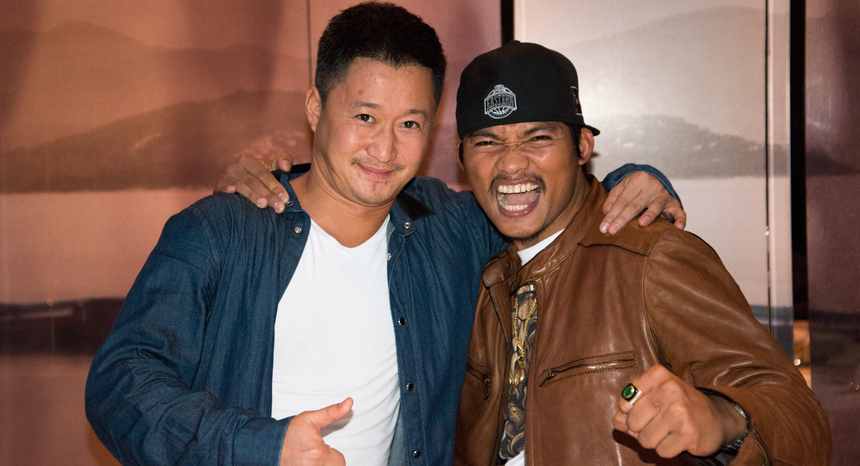 It has long been speculated as to when, exactly, Thai action star Tony Jaa would turn up in a Hong Kong action film and who he would star with should such a thing come to pass. Well, we now have those answers with word coming out of Hong Kong that Jaa has officially signed to star opposite Wu Jing in SPL 2 with production slated to start in spring 2014, presumably after Jaa's commitments to The Fast And The Furious 7 have wrapped up. Here's the official word:

Tony Jaa has signed to star in SPL II which is being produced by Sun Entertainment Culture Limited. The film stars Tony and Legendary Assassin star Jackie Wu (Wu Jing), who probably has the fastest spinning back kick on planet earth.

Jaa is thrilled to be part of this film, and you can expect some surprise appearances in the film. The action choreography is being handled by Dion Lam who was heavily involved in the stunt work on Spider Man 2. Wilson Yip remains very much involved with Terrence Cheung in the director's chair. The film while targeted towards the China and Asian markets will also be released in the Americas, Europe and the Middle East. The collaboration represents a breakthrough effort in Chinese film making between a non-Chinese action star and an all star Chinese line up. The film will be shot in Thailand, China and Hong Kong. The story is an action/drama that should keep the audience very much on the edge of their seats.

Sun Entertainment will release more complete information shortly, and will update on a regular basis. Shooting begins in early Spring of 2014.

The original SPL, which featured Wu in a key villain role, stands as one of the high points of Donnie Yen's long career and was released in the USA and some other territories as Kill Zone.

Do you feel this content is inappropriate or infringes upon your rights? Click here to report it, or see our DMCA policy.
fast and the furious 7hong kongjackie wumartial artsspl 2tony jaawu jing