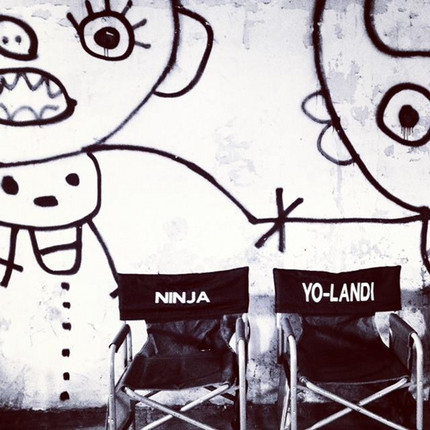 It was back in May that ScreenAnarchy reported on stories that South African director Neill Blomkamp had tapped his nation's biggest musical export - Die Antwoord - to star in his upcoming third film Chappie. The news was widely met with skepticism but all involved insisted that not only was it true but that principal members Ninja and Yo-Landi Visser would essentially be playing versions of themselves opposite a cast that also includes Hugh Jackman, Sharlto Copley, Dev Patel and Sigourney Weaver.

And now here's final confirmation ... production on Chappie is now underway and the duo have posted a pair of photos from the set on their official Facebook page including the shot to the left and another of Yo-Landi in her trailer. This is gonna be weird.