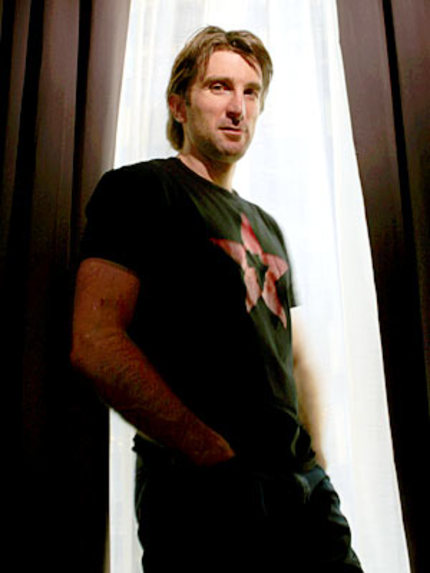 Two years ago we reported that District 9 director Neill Blomkamp had another film greenlit after Elysium, no mean feat given that at that point the shoot of his big-budgeted sci-fi epic had yet to start. And then all went quiet around this new project, of which all that was known was its title: Chappie and a tentative release year of 2013.

Of course, now that Elysium is about to be released (and is looking DAMN fine based on its trailer), Blomkamp's next film is under a lot more scrutiny. Yesterday, Entertainment Weekly revealed that Blomkamp regular Sharlto Copley will star, and that Chappie will be "a science fiction comedy in an unusual setting".

Just how unusual will this be though? Blomkamp has revealed a wicked sense of humor, both in his plotting and his designs, so the comedy aspect may not be so surprising. But IMDB shows Yo-landi Vi$$er and Ninja are also on the cast list, both of whom are members of rap-band Die Antwoord, and are very intriguing choices indeed.

Yo-landi Vi$$er was a serious contender for the role of Lisbeth Salander in David Fincher's version of The Girl With the Dragon Tattoo, not least because she physically looked the part as someone eternally stuck with a thirteen-year-old's body. While Ninja is... well, I'm not sure of what words to use. But he'd definitely fit in the settings Blomkamp has been showing us so far.

And with Sharlto included as well, color us interested!