Watch The Red-band Trailer for HERE COMES THE DEVIL 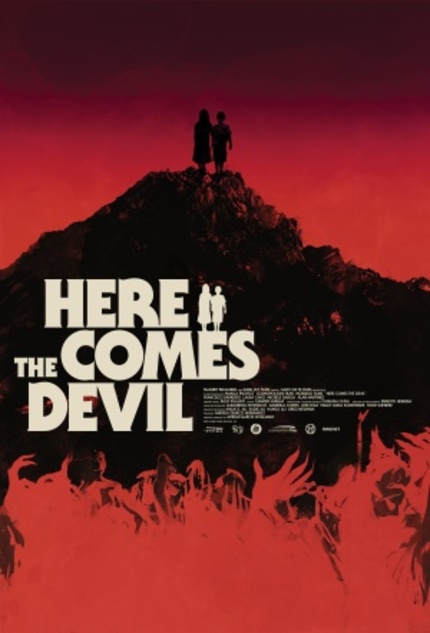 It came, it saw, and it left with all the major horror awards, along with lots of major accolades. We're talking about Mexican horror film Here Comes the Devil, written and directed by Adrián García Bogliano of Cold Sweat fame.

In Here Comes the Devil, a couple on holiday lose their two young children while walking in the hills. To their immense relief the kids are found the next day, but they seem a bit... different. Soon, the mother starts suspecting something else came home with them.

It's not often that you hear a film described as being "sleazy", "exploitative", "creepy", "intelligent" and "terrifying" all at the same time, but apparently Adrián worked wonders here. At Fantastic Fest last month it won Best Film, Best Director, Best Screenplay, Best Actor and Best Actress. Bam!

Charles Webb reviewed it and called it "definitely worth checking out".

Distributor Magnolia Pictures will release the film theatrically and on VOD / iTunes on the 13th of December, so to whet everyone's appetite they have released a trailer. It's a Red-band one, definitely NSFW, and shows that the film will not pull its punches. In short it's one with both pepper AND salt, and you can watch it here.

Do you feel this content is inappropriate or infringes upon your rights? Click here to report it, or see our DMCA policy.
Adrián García BoglianoFrancisco BarreiroHere Comes the DevilHorrorLaura CaroMexicoAlan MartinezMichele GarciaThriller