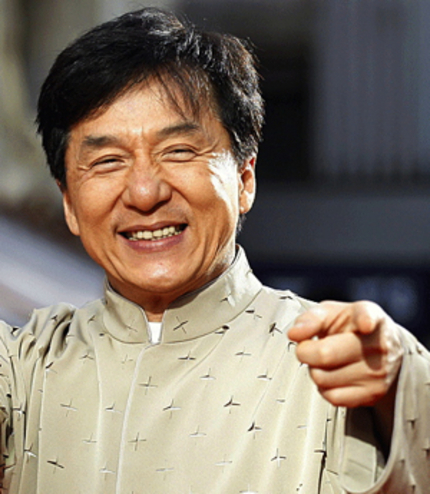 The cast of upcoming Jackie Chan action comedy Skiptrace is now complete with word that Seann William Scott will join the iconic action star and Fan Bingbing in the US / China co-production. Scott will play an American gambler recruited by a Hong Kong detective to help get his niece out of trouble with a local crime boss. Read the full announcement below.

Set to start production on January 13, 2014 SKIPTRACE will be produced as a Sino-Foreign co-production by Exclusive Media and Talent International (北京唐德国际电影文化有限公司) (CHINESE ZODIAC 12), who will also co-finance the film. In addition to starring, Chan is a producer on SKIPTRACE. David Gerson is also attached to produce. The project was brought to Exclusive Media by Dasym Investment Strategies B.V.'s (formerly Cyrte Investments) Charlie Coker, who will act as executive producer on the film along with Dasym.

Exclusive Media's Senior Executive VP, Production, Damien Saccani is overseeing the production on behalf of the company. Alex Walton, President of International Sales and Distribution is handling international rights to the film.

Based on Chan's original idea, SKIPTRACE is written by Jay Longino and co-written by THE SITTER scribes Brian Gatewood and Alessandro Tanaka, and David Posamentier and Geoff Moore (BETTER LIVING THROUGH CHEMISTRY).  The film follows Bennie Black (Jackie Chan), a Hong Kong detective who has been tracking notorious crime boss Victor Wong for over a decade.  When Bennie's young niece Bai (Fan Bingbing) gets into trouble with Wong's crime syndicate, Bennie must track down the only man who can help him: fast-talking American gambler Connor Watts (Seann William Scott).  Bennie races against the clock to bring Connor back to Hong Kong and the unlikely pair embark on an entertaining and perilous adventure from the snowy mountains of Mongolia to the windswept dunes of the Gobi desert.

"Being part of great movies such as ROLE MODELS, THE RUNDOWN and the iconic AMERICAN PIE franchise will position Seann perfectly as Jackie Chan's co-star," said Nigel Sinclair and Guy East.

"We are very excited to have Seann on board this project, and know that his chemistry with Jackie will make for a unique pairing that has never been seen before. Seann is well loved by our Chinese audience for his stand-out performance in the AMERICAN PIE films, as well as his good looks!" said Esmond Ren.