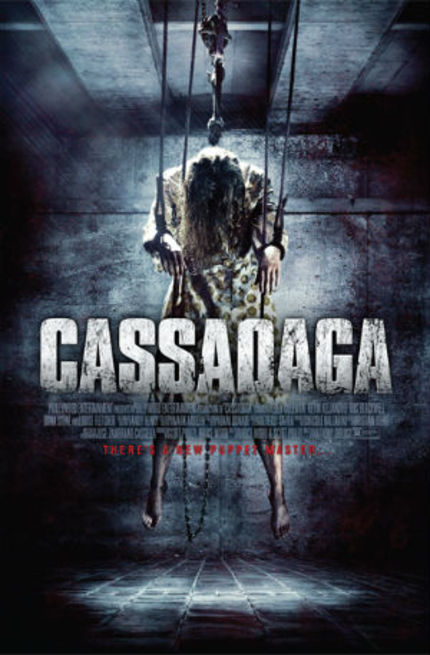 Plucking disparate elements from the air and planting them in a slowly-burning field of Southern horror tropes, Cassadaga eventually reveals itself to be more of a mystery drama than any kind of suspense or horror piece. And what at first appears to be a grab bag of half-baked ideas eventually resolves into a cohesive picture of a woman dealing with crippling memories and an uncertain future.

As played with empathy by Kelen Coleman, Lily has physically survived the horror of losing her younger sister, who was in her care as an adult guardian after the passing of both their parents, in an automobile accident. But emotionally, Lily is still devastated.

In an effort to change her life, she applies for and wins an art scholarship to a college in the small town of Cassadaga, Florida, and moves into the expansive guest house of patron Claire (Louise Fletcher). Lily also teaches an art class to young people, and begins giving private lessons to one promising student at the request of the girl's father, a handsome EMT named Mike (Kevin Alejandro), who is obviously attracted to Lily.

Lily and Mike begin dating, one thing leads to another, and they find themselves at a seance -- Cassadaga claims to be "Psychic Capital of America" -- where Lily, who lost her hearing some years before, suddenly can hear a voice from the dead. Strange things begin happening at the guest house, and it all seems related to a mysterious series of deaths. The film keeps peeking in at a shadowy figure kidnapping women and then cutting them up in a gruesome workshop of sorts, all so the sadistic so-and-so can reattach their limbs and make them dance like a puppet before dying, slowly.

The film kicks off with a little boy dressing up like a little girl and then being verbally and physically abused by his mother for doing so, whereupon the little boy mutilates himself with a pair of scissors. It's pretty easy to connect that incident with the later murders, though the human puppet idea is a stray piece of psychological debris that is difficult to connect directly to anything else. The identity of the killer is kept a secret, but the revelation of that secret is not surprising because, well, it's a small town and we already know that Claire has a weird grandson who keeps to himself in her big house. 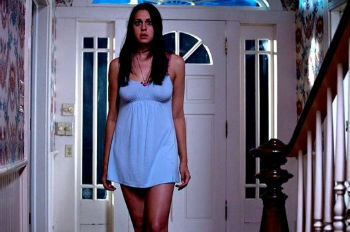 Considering the multiple absurdities that stretch the bounds of credulity in the script, credited to Bruce Wood and Scott Poiley, the characters are always reasonable and believable. Their logical reactions spring from that very same script, and are enhanced by Anthony DiBlasi's well-crafted direction and a set of performances that work well together.

Kelen Coleman, who has gone on to notable supporting roles in TV shows (The Mindy Project, The Newsroom), makes for an appealing lead. She looks like a 'girl next door' type and acts sensibly, and, as needed, appropriately horrified, never becoming shrill or hysterical.

On balance, Cassadaga heats up with great care and deliberation. If it never quite catches on fire, that's by design; it's more interested in how people react to horrible situations than in the horror itself.

The film opens in select U.S. theaters on Friday, October 11, and will also be available to watch via various Video On Demand platforms. Visit the official site for more information.