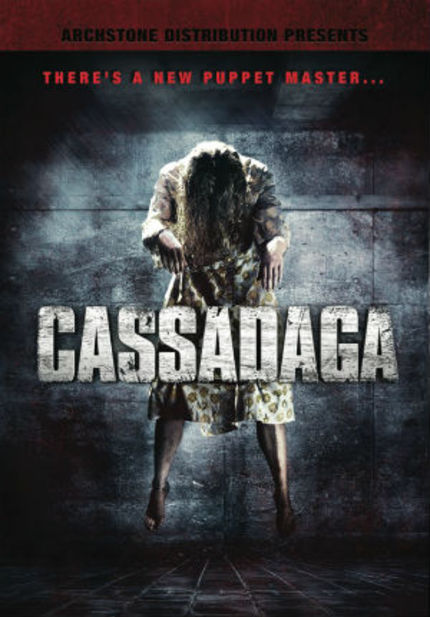 More of a mystery drama than any kind of suspense or horror piece, Cassadaga is an ideal movie to watch at home. It's quiet and comes together slowly, its modest assets eventually asserting themselves as the disparate story elements coalesce into an empathetic portrayal of a woman dealing with troubling memories.


Cassadaga tells the story of Lily Morel (Kelen Coleman), a post-lingually deaf artist, who participates in a séance in the spiritualist community of Cassadaga. But instead of getting closure with her recently departed sister, Lily contacts the vengeful ghost of a murdered woman. As the ghost becomes increasingly angry and violent, Lily rushes to unravel the mysterious circumstances surrounding the woman's death - a task that will bring her face-to-face with a sadistic serial killer who turns his victims into human marionette dolls.

As I wrote in my review, Kelen Coleman "makes for an appealing lead. She looks like a 'girl next door' type and acts sensibly, and, as needed, appropriately horrified, never becoming shrill or hysterical." The film itself "heats up with great care and deliberation. If it never quite catches on fire, that's by design; it's more interested in how people react to horrible situations than in the horror itself."

Cassadaga is now available on Region 1 DVD from all major online retailers.