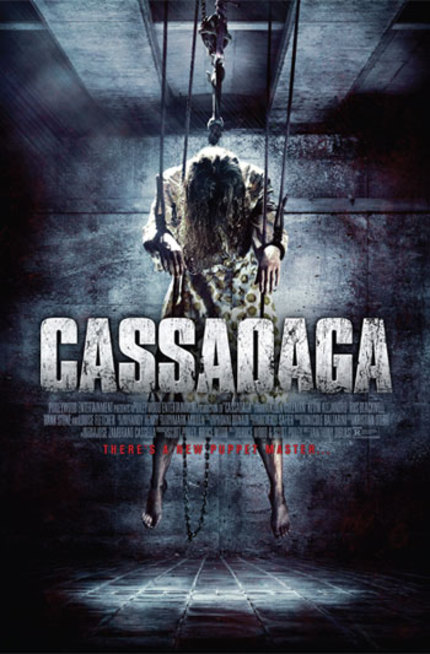 Horror film Cassadaga will bow in cinemas and on XBox and On Demand next Friday, October 11th, and we have an exclusive clip to share with you. In it we see the serial killer at work on one of his creations. Icky.

CASSADAGA tells the story of Lily Morel (Kelen Coleman), a post-lingually deaf artist, who participates in a séance in the spiritualist community of Cassadaga.  But instead of getting closure with her recently departed sister, Lily contacts the vengeful ghost of a murdered woman.  As the ghost becomes increasingly angry and violent, Lily rushes to unravel the mysterious circumstances surrounding the woman's death - a task that will bring her face-to-face with a sadistic serial killer who turns his victims into human marionette dolls.

interesting, Cassadaga is a real "spritualist" town in #floriduh

It is in the film as far as the trailers tell me. I will be watching it soon and may offer up a review before its release date next week. Stay tuned.