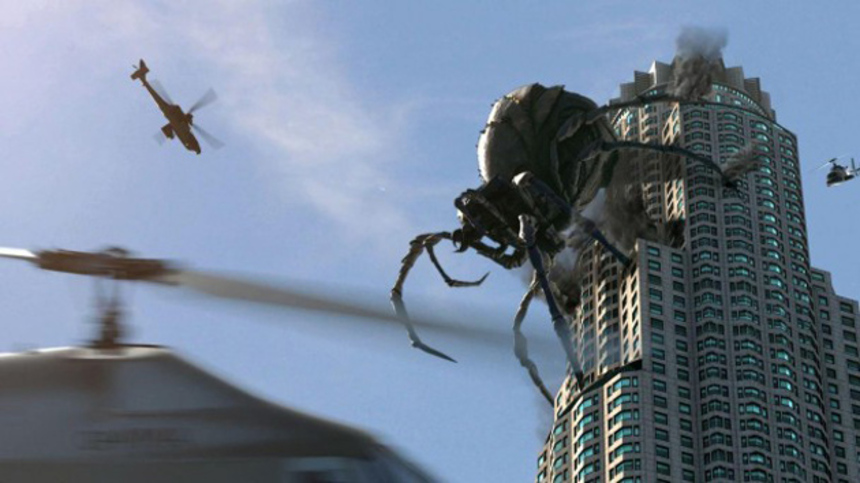 Truth in advertising is such a rare commodity that Big Ass Spider! gets one of its eight legs up on the competition because of it.

Clearly, director Mike Mendez and his collaborators behind the camera completely buy into the idea of a cheerful, R-rated monster movie, something with the spirit of Joe Dante's Piranha or Lewis Teague's Alligator, both scripted in part by John Sayles. Those two movies updated 50s creature features for the more cynical crowd of the late 70s and early 80s, yet respected their varied inspirations as the stuff of which nuclear nightmares are made.

Big Ass Spider! has fun with the idea of a giant spider terrorizing Los Angeles, mostly by centering the film around the unlikely heroic duo of expert exterminator Alex Mathes (Greg Grunberg) and security guard Jose Ramos (Lombardo Boyar). They meet when Alex is called upon to capture a large spider that bit a morgue attendant in a hospital where Jose works. Alex declares that he 'knows how spiders think' and fearlessly heads into a vent in search of the critter, while Jose provides wisecracking commentary.

The man-biting spider is no ordinary arachnid, however, and soon enough the Army arrives to put an end to the pest, which is growing exponentially -- and rapidly -- and seems to enjoy eating its human victims. The military contingent is led by Major Braxton Tanner (Ray Wise) and his trusted assistant, Lieutenant Karly Brant (Clare Kramer), with a wild-haired scientist (Patrick Bauchau) in tow. As is always the case, Something Went Wrong and now the military is charged with making it go away, which becomes more challenging when the creature escapes from the hospital and is captured on amateur video.

The silliness escalates as the body count rises. But, really, what else can be expected from a movie titled Big Ass Spider!?

What differentiates the movie from its cheap SyFy Channel, basic cable television counterparts is that director Mike Mendez, who also served as editor, keeps the action clipping along faster than the giant spider can munch its way through the beleaguered citizens of Los Angeles. The visual effects, low-budget though they may be, are surprisingly effective, and the design of the spider itself is clever and distinctive. Gregory Gieras' script covers all the bases and inserts plenty of one-liners that are needed for this kind of self-aware, lighthearted horror picture.

Review originally published during SXSW in March 2013. The film will open in select U.S. theaters on Friday, October 18. Visit the official Facebook page for more information. 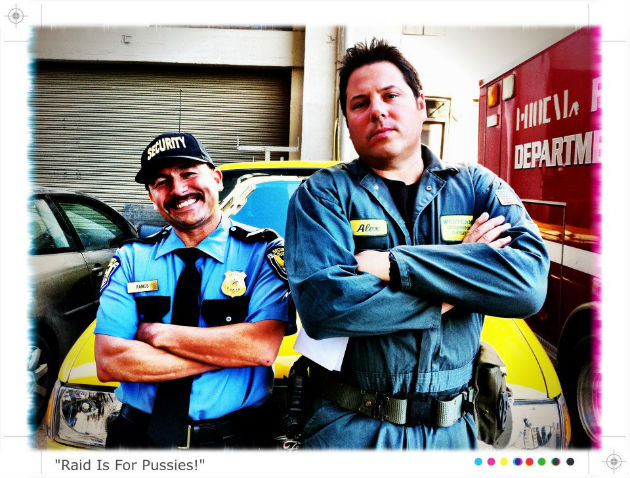