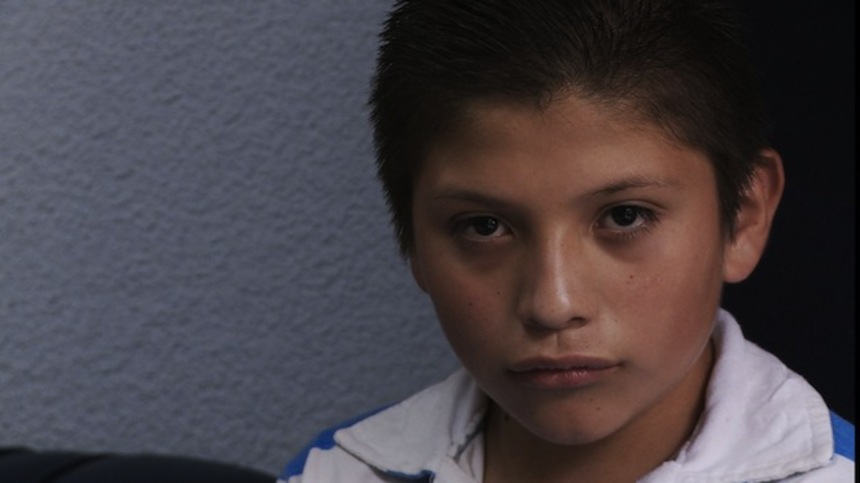 Nuria Ibáñez's documentary The Naked Room (El Cuarto Desnudo) has a very powerful moment in which a little boy is questioned by a psychiatrist about his biggest wishes. The answers are simple and concise but, at the same time, lack that magic innocence that would lead other kids to say something related to toys or fantasy dreams. Pretty much everything in The Naked Room, including this boy's desires, has to do with love and family. More precisely, the lack of that: all the problems that come with a difficult childhood and that remain, in a way or another, through growth.

The Naked Room exposes the complex and hard situations that are the consequence of something as simple as a kid wishing for a more loving brother. Also, the behavior of people with a mental disorder, a condition that always affects the loved ones (sometimes even physically). Ibáñez has not created a documentary to be enjoyed by everybody per se, I mean, we're dealing with a brutal theme in a very direct way, with no pauses; it's a constant display of human sadness and mental problems.

It can be easily described as a depressing film, after all it's a natural view to the life of several persons, and some of their closest relatives, whose hopelessness has lead (some of them) to go as far as attempting to take their own lives. In a way, The Naked Room is here to explain the "why" behind suicide or self-harming, specifically when the problem happens to a kid or a teenager. What's great about Ibáñez's film is the fact that she is not trying to explain anything by interviewing doctors and relatives or using information from other sources. The doc is simply crafted: it's entirely based on footage obtained from a series of meetings between psychiatrics and patients.

Ibáñez knew that showing those conversations was enough for a thought-provoking piece. All she had to do was place the camera at the right spot and then working inside the editing room. And the camerawork is really interesting and precise; firstly, it only follows the patients, hence some scenes are just fascinating: observing the facial expressions of the children while their respective relative is talking with the doctor brings a unique feeling, as the conversations deal with nothing childish, indeed.

For about half an hour we don't see the same patient more than once, so The Naked Room engages you. The audience will want to know what's behind, for instance, a problematic kid whose father has threatened to abandon him in the streets. There are many patients involved, so when each one of them appears again, you might be a bit confused, not remembering who is who; that could have been a flaw related to the structure, but the confusion is always temporal.

And, ultimately, the diversity only helps the documentary to be thematically richer. It can be seen as an exploration of teenagers, with such themes exposed as insecurity and social rejection, but that's just one of its layers. The Naked Room is, simply, one of the strongest Mexican films of the year (my personal favorite from the Morelia documentary selection), even when it's simply crafted, like I said, and very short (less than 70 minutes).