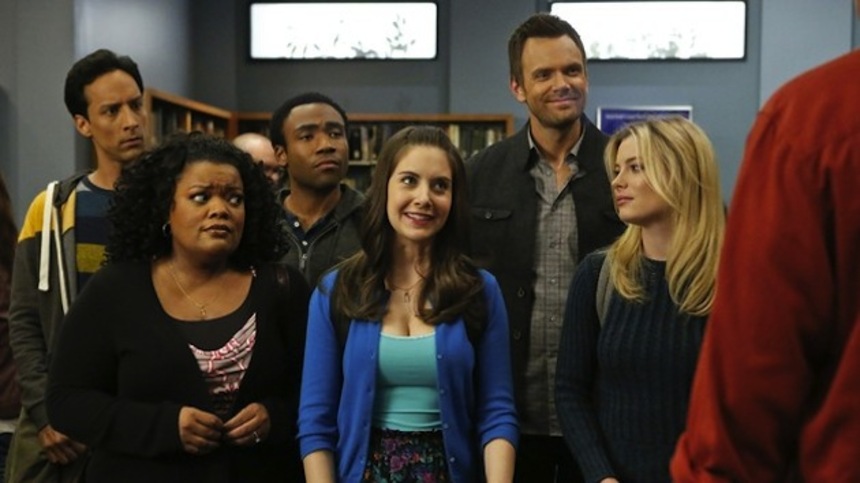 Even after all the Behind-the-scenes drama and low (by every other network's standard) ratings, Community is now, along with Parks And Recreation, a veteran sitcom at NBC. I'll let you soak that all in for just a second longer.

The schedule shuffle and cancellation bingo that regularly occurs during the fall/winter television season now positions the premiere of the fifth season of Community for January 2nd, with two back-to-back episodes before the show settles right back into its 8pm time slot on Thursdays.

The show is returning with creator Dan Harmon steering the boat once again, only five episodes featuring Donald Glover, and none with Chevy Chase. Considering the topsy-turvy nature of the making of Community, since, well day one... and a less than stellar Harmon-less fourth season, I have nothing readily important to say here, other than that I will, like last year, be reviewing the show here on ScreenAnarchy each and every week it airs. So... it will be... fun?