TIFF 2013 Review: 12 YEARS A SLAVE Gracefully Examines Our Troubling Past 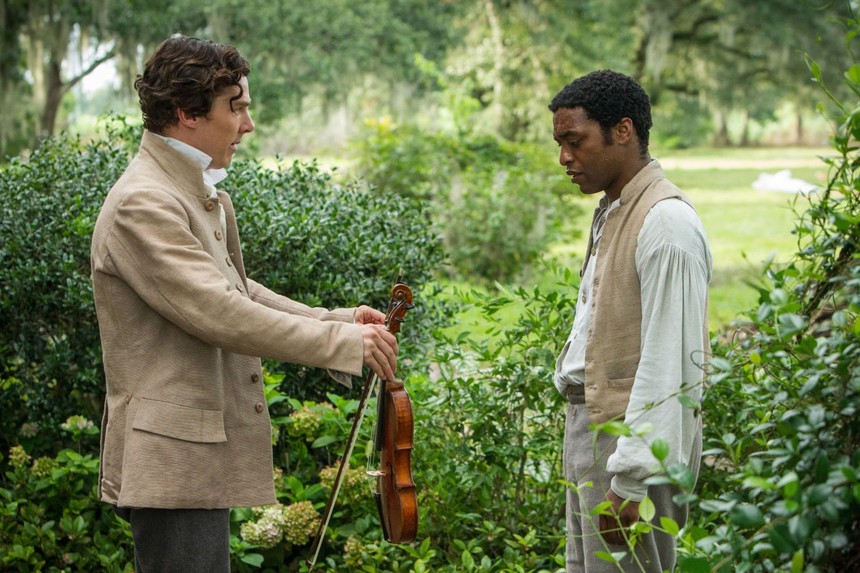 It certainly isn't easy using cinema to tackle mankind's great atrocities. But when it's done well, a movie can give these horrors the kind of personal connection that allows an audience to digest an event as more than just an abstract tragedy. To transcend storytelling and teach the kind of lessons necessary for our species to evolve is a lot to ask of a filmmaker. Yet some take on this challenge all on their own. When it's done exceptionally well, these films can be some of our great cultural achievements. They can also be damn good movies.

While it may be more than a bit hyperbolic to call any movie transcendent mere hours after a first viewing, it's all too easy to declare Steve McQueen's 12 Years A Slave more than just a damn good movie. The film is of the utmost technical quality from acting and art direction to music and montage. But there is so much more than that here. The film tackles the darkest corner of American history and humanizes it in a way that allows the audience to experience it without simply being overwhelmed by its tragedy. Perhaps there is no choice but to call it transcendent.

Based on Solomon Northup's true 1853 memoir of the same name, John Ridley's screenplay is a mostly chronological telling of the harrowing events Northup endured as a learned free man, kidnapped and sold into slavery. Chiwetel Ejiofor plays Northup in what is sure to be a performance well received by awards voters. His is not alone as the cast makes a strong play for ensemble of the decade with standout performances from Michael Fassbender, Benedict Cumberbatch, Paul Dano, Sarah Paulson, Paul Giamatti, and Brad Pitt. Star power is in no short demand here and director McQueen wields his awesome power with a deft touch, getting the most out of each of his performers without any overshadowing another.

Still, special recognition needs to be paid to Fassbender's role as Edwin Epps, a slave master whose reputation for brutality precedes him. Fassbender has starred in each of McQueen's previous films and it's fitting the director saved the meatiest role for his muse. It would be wrong to think of Epps as merely a scion for racism -- and Fassbender imbues the character with a complex range of emotions that includes fear and lust.

This points to the most remarkable thing about the journey on which McQueen takes us. The film is not so much about the demonstration of the extreme level of brutality part and parcel in slavery, but about the shades of acceptance present at all levels of those partaking in the practice. Cumberbatch's Master William Ford, for instance, may be a genuinely good person. Yet his circumstances as a plantation owner make him unable to hear Northup's pleas for compassion. It's through this more nuanced portrayal of those implicit in the brutality that we come to a greater understanding, and not simply a violent reaction.

It's far too simple to paint the sides of slavery in two colors. Though an obvious distinction exists, the desire to examine the issue in greater detail is easy to dismiss as academic study. McQueen doesn't allow that. By bringing such an important story to the big screen in the brilliant manner he and his team do, we are forced to confront issues in our not-so-distant past. It's a healthy process -- and one that will hopefully lead to better society in the long run. In the meantime, we get a damn good movie to enjoy as well.