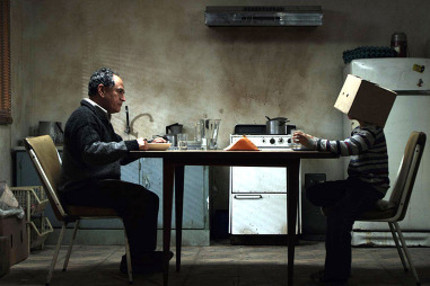 The Peruvian Ministry of Culture announced today the country's official submission for Best Foreign Language Film at the 2014 Academy Awards; the honor goes to The Cleaner ("El Limpiador"), from first-time director Adrián Saba,

A drama with science fiction overtones, the film shows the nation's capital as it's never been seen before: a city struck by a devastating virus of unknown origin which is rapidly killing off the population. We follow a forensic worker named Eusebio, who cleans up after the dead and lives in near-isolation, awaiting the inevitable. His lonely existence changes when he is forced to care for a young boy named Joaquín, who is alone and searching for his family.

Peru has only had one Oscar nomination for Foreign Language Film: Claudia Llosa's The Milk of Sorrow in 2009, which signaled a renewal of sorts for the country's film industry.

Watch the trailer for The Cleaner below.

More about The Cleaner