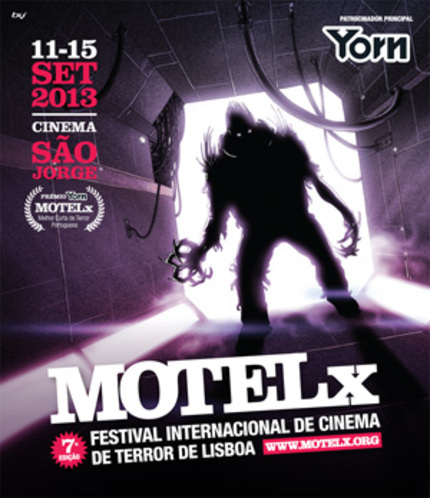 The 7th edition of MOTELx, the Lisbon International Horror Film Festival, begins its five-day cinematic blitzkrieg today, bringing 80 feature and short films from near and far to a horror-ravenous audience. If this morning's 11 a.m. line outside the historic Cinema São Jorge is any indication, they're really hungry.

The festivities kick off tonight with the international premiere of Gonzalo López-Gallego's much anticipated Open Grave, a disorienting tale of an amnesiac who wakes up in a forest ditch filled with cadavers and the resultant gamut of situational/existential questions. Closing the festival is a rare festival screening of Adam Wingard's uniquely styled home invasion thriller You're Next.

Also, for the first time in its history, MOTELx will be honoring three horror cinema greats: The inimitable Nakata Hideo (Ringu, The Complex), the legendary Tobe Hooper (Poltergeist, Texas Chainsaw Massacre), and a special tribute to the late Ray Harryhausen. Hooper and Nakata will be on hand to teach masterclasses in their craft as well as at retrospective screenings from their respective oeuvres.