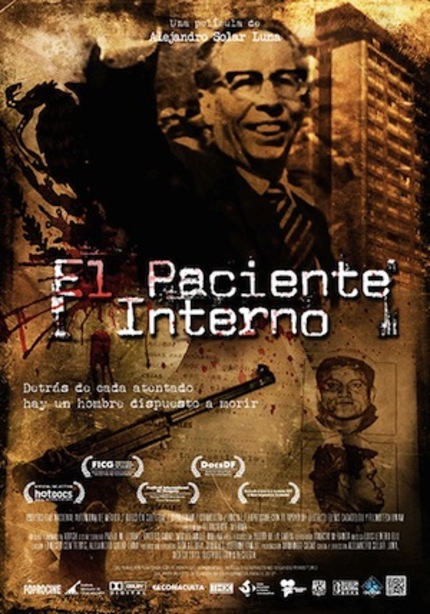 Alejandro Solar's El Paciente Interno (The Convict Patient) is one of the best Mexican films I have seen this year.

A documentary telling the little-known story of the man (Carlos Castañeda) who tried to kill former Mexico president Gustavo Díaz Ordaz in 1970, two years after the Tlatelolco student massacre. While certainly political, Solar's film is extremely human as well and it sure will impress you.

The Convict Patient was part of the official selection of such film festivals as Morelia, Guadalajara and Hot Docs. Now it's finally opening in Mexico on Friday, October 4, and ScreenAnarchy takes you to its Mexico City premiere!

Thanks to CUEC-UNAM and Cinestesia, we have fifteen individual passes. To get one, all you've to do is email me your name at erictwitchfilm[at]gmail.com

Do you feel this content is inappropriate or infringes upon your rights? Click here to report it, or see our DMCA policy.
El Paciente InternoMexico City PremiereThe Convict Patient