Destroy All Monsters: A Fine Madness 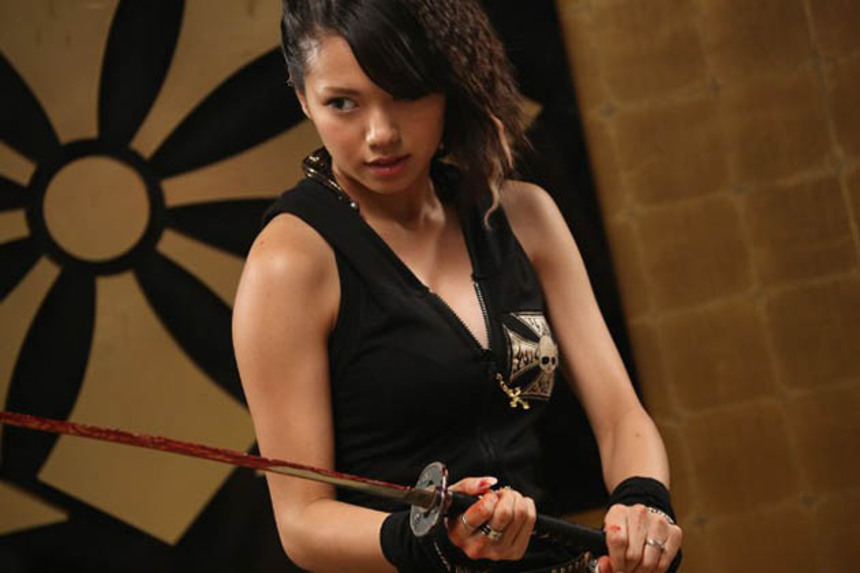 I popped my TIFF cherry at midnight on the last night of the Toronto International Film Festival in 1999, at a screening of Gamera 3: The Revenge of Iris, preceded by the short film George Lucas in Love, and hosted by Colin Geddes, who has run the Midnight Madness program for TIFF for the entirety of my association with it (preceded in the role by Noah Cowan, who handed it over, Hong Kong-style, in 1997).

Without exaggeration, that night at the Uptown Theatre in '99 was probably one of the five most influential film screenings of my whole life, in terms of how it directed my relationship with movies - putting Gamera 3 up there with Star Wars, for all intents and purposes; a giant radioactive turtle holding lifelong aesthetic sway alongside the Millennium Falcon, the match cut in Lawrence of Arabia, the heroin shot in Pulp Fiction, and any number of more commonly identifiable gateposts of a movie lover's love of movies.

It wasn't the film in 1999 that made so much off a difference to me, though (well, not so much - although as giant radioactive turtle movies go, Gamera 3 is the cat's pajamas), but the wide-open trap door into the subculture that Midnight Madness represented - and not just for me, but for a dependable legion of darkness-dwelling fans, who have wrapped their lines (and lives) around the Uptown and the Ryerson (and earlier, the Bloor) with reliable fervor at every Midnight Madness screening I've ever attended, and all the ones I haven't.

I've made friends in that crowd, started relationships in that crowd, and also flamed out spectacularly trying to pick up women in that crowd. I've lost a cell phone over the edge of the balcony at the Ryerson in the middle of a movie, gotten in a fistfight with a concrete pole (and lost), rushed the one movie of a particular festival I most wanted to see (and failed), and sat in front of Ron Perlman, who is shorter than I am, apparently. I was there the night the Uptown closed, when a few last members of the Madness crowd who couldn't quite let go wandered backstage and picked up marquee letters to spell their names - some successfully (MATT), some not (JOSON).

Midnight Madness turned 25 at this year's TIFF, which ages me considerably. I've had a relationship with over half of the program - never at the Bloor (the program moved from the Bloor to the Uptown in '95, where it stayed till 2003), and never having seen the entirety of the Madness program in a single year (although in '09 I gave it my best shot). Nonetheless, Madness continues to be the black hole around which the entirety of the rest of my festival experience orbits. And I don't just mean at TIFF; I mean every festival I've ever gone to, everywhere. Like a good (or bad) parent, Midnight Madness taught me how to love - film festivals, in this case, although arguably everything else, too.

I went to film school. I sat in lecture halls at York University and learned about Kurosawa and Bresson, admired their works, puzzled over other works, could never quite work out what Yeelen was about (or, for that matter, Sleepless in Seattle). Would it surprise you to learn, though, that I probably learned more about how movies can work watching Brotherhood of the Wolf at the Uptown for Midnight Madness in 2001, or Save the Green Planet! from the back row ("the crow's nest") of the same theatre in 2003? Film schools teach in generic straight lines, but rarely pause to tell you that genres are like roadmaps, and better adventures can be had when you've thrown the map out the window. (So can awful adventures, certainly - but the risk is more than exceeded by the reward.)

Midnight Madness expanded my scope - not quite enough to do anything but cower in nausea and fear when Takashi Miike's Ichi the Killer screened in 2001 (I wasn't ready), but more than enough to call, and continue to call, Ryuhei Kitamura's Versus a seminal event in the development of the program. (Versus is formula for baby genre fans. It's a gateway drug.) Was it really? Maybe; maybe not. But it was a seminal event in the development of me.

I'm also going to put forward an unpopular opinion here: although it is fashionable to lament the passing of the Uptown Theatre, Midnight Madness' key venue from 1995-2003, the program truly came into its own at the Ryerson Theatre in the years since. Part of my bias is purely numerical - we've been at the Ryerson for one year shy of a decade at this point, and the majority of my favourite Midnight Madness experiences took place there, starting with the time I got bitten on the neck as soon as the lights went down for the premiere of Saw in 2004.

I only attended five Midnight Madness years at the Uptown, and though I miss the culture around the theatre a great deal (the strip of mutually-indistinguishable noodle houses that used to populate Yonge between Bloor and Charles; the frenzied rush of moviegoers who would storm across the street at 2:30 in the morning to pack the Vomit Comet on its way north), when I think "Midnight Madness," I think of the saffron-yellow incandescent lights that create a nauseating pre-infernal din around the Ryerson, every night at around 11:00.

The Ryerson was the site of Midnight Madness' ascendance from a TIFF niche built for the festival's weirder audience members, to a bona fide launching pad for major genre films and filmmakers. Saw wasn't the best film at that inaugural year in the new venue (a year that saw the brilliant Kontroll and the endlessly memorable The Machinist, along with a wild opening night for Ghost in the Shell: Innocence), but it got Hollywood's attention, made a bajillion dollars, and launched a franchise that seemed like it would never, ever die. (It died, but its influence on horror movie sequelology probably won't.)

Eli Roth wrote a lovely piece in the Hollywood Reporter last week about how he owes his whole career to the program, bringing Cabin Fever to the Uptown in 2002 and Hostel to the Ryerson in 2005. Ong-Bak 1 (and, to a lesser extent, 2) tore the roof off the dump(s) in 2003 and 2009, respectively, putting Tony Jaa on the map. Borat: Cultural Learnings of America for Make Benefit Glorious Nation of Kazakhstan probably hit the height of its entire popularity curve at around midnight on September 7, 2006... right before the film broke in the projector, stopping the show at the 20 minute mark. (Remember film projectors?)

Had Borat somehow been appropriated and destroyed by the Kazkhstani government at that point, never to be seen again, those of us who were in the Ryerson that night - including those who broke in through the swimming pool, having failed to get tickets - would be telling our grandchildren about what we saw. Something similar nearly happened to All the Boys Love Mandy Lane - that would be the screening where I lost my cell phone over the edge of the balcony, for those keeping score - which debuted in 2006 and is being released... next week.

My favourite Midnight films are along the lines of Stake Land, Calvaire or A Town Called Panic... or À l'intérieur, which etched itself into my cortex as the high-water mark for the use of blood, and flat-out-panic-inducing dread, in a horror movie. But beyond those late-hours rabble-rousing crowd-pleasers, some of the best films I've ever seen, bar none, have come from Colin's midnight program. Princess, in 2006, an animated film about a little girl caught in the midst of the porn industry. Symbol, in 2009, Hitoshi Matsumoto's paeon to silent comedy and chalk-white cherub penises, which is my favourite Midnight Madness film of all time. This year's program saw the addition of Why Don't You Play In Hell?, which had me literally standing on my feet (I was in the back row) applauding by its final, glorious minutes.

Well, I do play in hell, and have for a long time, movie-wise. As I said earlier, there's something about approaching TIFF from Midnight Madness outwards, rather than other movies inwards, that marks you for life. When Madness is the center of the wheel around which all other films revolve, the colour of the room changes somewhat, and each day at the fest drains down towards its triumphant conclusion at the Ryerson, rather than the other way around. It rewrites one's DNA, one's code of interacting with movies - arguably for the better, by forcing one to acknowledge that rules and formulae are fine things, but have nothing to do with art. Midnight Madness is the Toronto Film Festival at its most defiantly, nakedly artistic. Here's to another 25 years.

Do you feel this content is inappropriate or infringes upon your rights? Click here to report it, or see our DMCA policy.
Midnight MadnessTIFFToronto International Film Festival