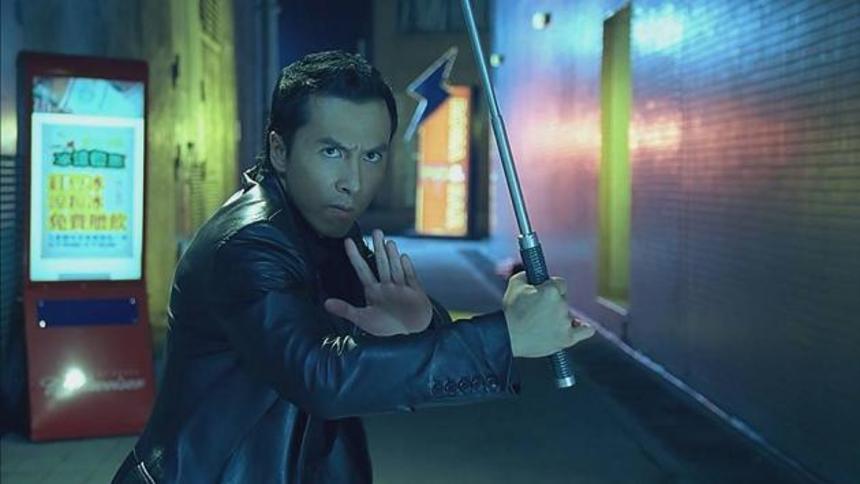 Some big news coming in from China by way of the State Administration of Press, Publication, Radio, Film and Television, better known over here by their catchy acronym SAPPRFT or, for broadcasted and theatrically released entertainment, SARFT.

Often described as the Chinese censorship board, any film produced in Mainland China first has to be approved by SARFT. Which means that their monthly publication of approved titles is a nice heads-up on what is being planned over there. According to Kevin Ma over at Filmbiz Asia, this month's list includes at least one very hot item: production company Sil-Metropole Organisation Limited has been given license to make SPL 2, a thematic sequel to Wilson Yip's 2005 film Sha Po Lang.

This is big, BIG news. The original Sha Po Lang, which starred Donnie Yen, Simon Yam and a bigger-than-ever Sammo Hung, was arguably the most popular film here at ScreenAnarchy that year. It did wonders to revive interest in both the Hong Kong film industry and Chinese martial arts movies.

The film built up to an epic fight between Donnie yen and Sammo Hung, with Donnie at his fittest ever and Sammo at his scariest. The awesome sequence did not disappoint and had only one thing against it really: it was preceded by an even better one. In what is still probably one of the (if not THE) best filmed weapons fights in history, Donnie Yen and Wu Jing squared off against each other in an alleyway for a baton-vs-knife duel. Hence the screenshot above.

Sha Po Lang (released Stateside on DVD as --barf-- Kill Zone) was a big success worldwide. Rumors and plans for a sequel have been around for years, and Wilson Yip's Flashpoint, again starring Donnie Yen, is generally assumed to be a prequel, no matter how often this is denied by both Wilson and Donnie.

But now, this is a pretty damn solid piece of evidence that something is happening. No word on who will direct it yet, but Donnie Yen is mentioned to star, and Jill Leung (Revenge: A Love story) is attached as one of the writers.

Do you feel this content is inappropriate or infringes upon your rights? Click here to report it, or see our DMCA policy.
Donnie YenSha Po LangSPLSPL 2