Review: SKINS S7E06, RISE: PART 2 (Or, The Final Episode Ever Provides A Strong Send-off For Cook) 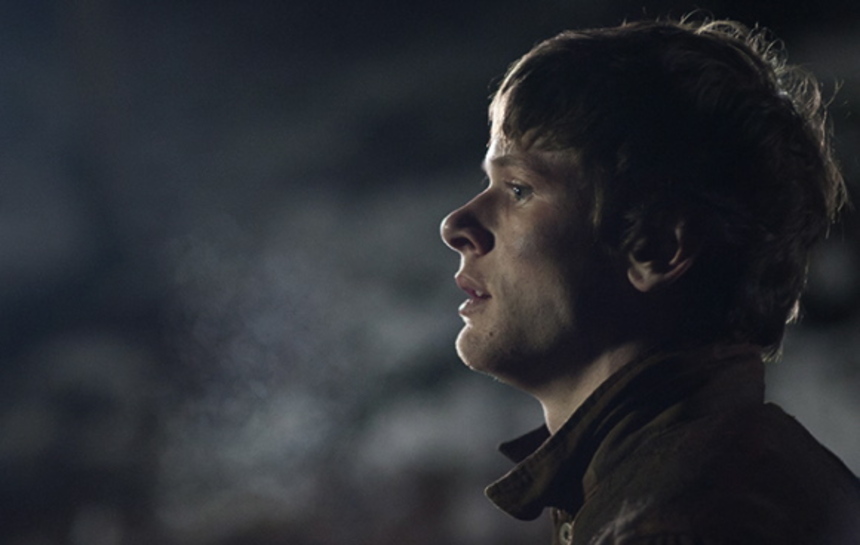 The second part of Cook's story in "Rise" is able to stay true to the character and provide him with a fitting conclusion, although the buildup to the final moments is notably less focused or coherent than last week's excellent establishing episode. Jack O'Connell is, once again, tremendous in the role. His performance very effectively conveys Cook's internal struggle, as the young man swings between the more mature presence that he's grown to be and the reckless boy he once was.

Here, Cook is on the run and trying to protect both his girlfriend Emma and the alluring but manipulative Charlie from the wrath of her boyfriend, Louie, his dangerously unhinged employer. The episode again opens with Cook's voiceover, as he considers the effect that death has had on his life and how he continues to live in the shadow of his past actions. The early material in this episode doesn't entirely work, though, as Skins almost tries to play the situation for laughs (particularly with certain scenes in Emma's parents' house and the sequence at the pub) before deciding that a switch to a considerably darker direction is the way to go.

As soon as Cook and the girls flee from the house on foot and head into the woods, things start to work much more convincingly. The setting within a snowy forest gives the episode a chilling quality as it begins to feel as though the world is closing in on Cook and we start to wonder just what could make him stop running and choose to fight. It's not really as simple as that in the end, with the shocking death of Emma finally making Cook snap, fearlessly facing Louie unarmed and taunting him before unleashing the rage that we last saw when he sought to avenge Freddie's murder.

Perhaps the most unsettling thing, though, is Cook's expression when he realises and sees what has happened to Emma. When he explains to Charlie that being a killer has filled him with emptiness, it's not something that really hits home until we watch him stride past his girlfriend's hanging body without allowing any emotion to cross his face, resolute in his determination to stop Louie from killing anybody else, no matter the cost. It's only at the very end that we see how far Cook has come, when he opts not to kill Louie, instead calling the police and allowing Charlie to go on the run.

While those final scenes play rather effectively and even manage to successfully pull off the emotional cost of the situation, this remains a vaguely messy installment on a thematic level. Cook talks about death a couple of times, but beyond the voiceover's words about how impossible it is to understand death until you experience it closely, Skins doesn't appear to have much to add on the subject.

The show never really gives us enough of a reason why Cook would be drawn to protecting Charlie as much as he is (also, Hannah Britland's performance isn't strong enough to make anyone believe she's more of a viable love interest than Esther Smith's Emma) and, while Liam Boyle plays Louie well, the villain doesn't ever really make that much sense. There are plot inconsistencies too; some are forgivable but it's hard to not wonder if key explanatory scenes are missing by the end.

Ultimately, this is a remarkably fitting way to end Cook's story and a good conclusion to what has been a compelling final series for the show. Beautifully atmospheric photography and more assured character drama have provided us with simple and focused character-driven stories that have connected these people to their past experiences and have also been confident in showing how much they've grown and exploring how they still have further to go.

I can't really imagine an episode being capable of concluding Skins as a whole in a truly resonant way and "Rise: Part 2" doesn't accomplish that. It does bring Cook's story to an oddly triumphant and satisfying end, though, and should be commended for managing to pull it off.