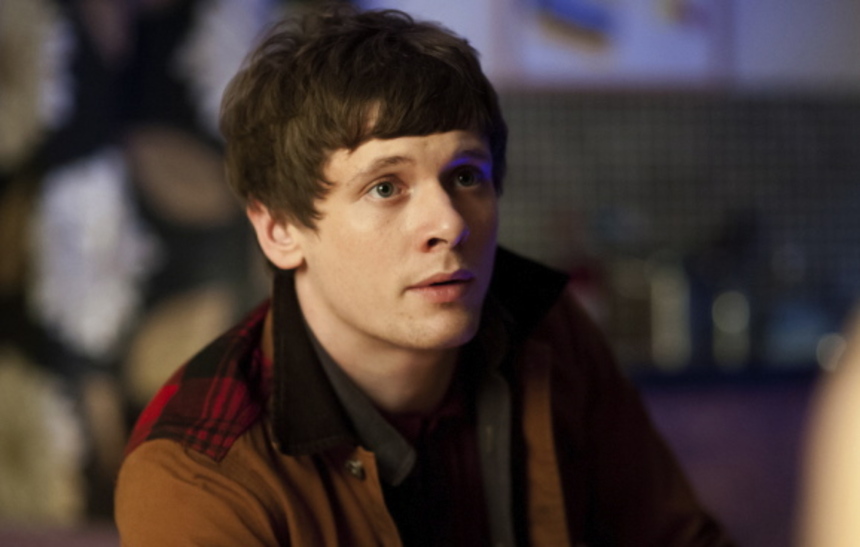 What the first part of "Rise" shows us is just how much the past can benefit what the seventh series of Skins is looking to accomplish. I don't mean to say that the previous episodes should've been focussed on previous stories too, but this episode gets off to a brisk pace and has immediate impact simply because we know exactly what has shaped James Cook (Jack O'Connell) into the person that he now is.

When Cook faced off against Freddie's killer in the finale of Skins' third series, it was clear that only one person would leave the conflict alive. The show made the right choice at the time to leave the outcome uncertain, and it has made a great storytelling decision again by having us return to Cook and see the effect of the kill and how it has fundamentally changed how he approaches the world.

I don't want to do O'Connell a disservice, because he's always turned in very decent work as this character, but it's not really as though Cook was ever one of the most developed members of the show's second generation. Of the three characters returning for these episodes, this seemed to be the odd one out in terms of depth and complexity. It's heartening then, to see that Cook has grown into somebody far more interesting than he ever was before. He strives to move on from his past, but a surprisingly illuminating voiceover shows us just how much that'll never be possible. He's on the run from the police, always scared and looking over his shoulder, and he's now deeply involved in criminal activity that is only going to be dangerous for him.

Because this is an episode that touches on drugs, alcohol and partying, it would be easy to mistake it as having characteristics of the previous series of Skins. What we've got here is much more behind the scenes, though, as we see the ugly underbelly of the drugs trade in Manchester (another way that this is different to the previous episodes in the season is its distinct atmosphere that is very unlike London). It's worth remembering that Cook was once a regular drug user, but he now keeps his wits about him and tries to be much more aware of his surroundings in order to stay safe.

When Charlie, the girlfriend of Cook's employer Louie arrives in the city, he's put to work as her driver. He takes her around while she goes house hunting but she's obviously attracted to him, recognising the free spirit underneath the reticent and reserved exterior that Cook has built up since being on the run. His complicated relationship with her eventually lands him in a potentially dangerous scenario and he chooses to run again, this time not from the cops but from his job and his unstable employer. The episode expertly builds to this realisation, and interestingly has Cook attempt to protect not only his puzzled girlfriend Emma but also the understandably frightened Charlie.

There's a great deal about the first part of "Rise" that works like gangbusters. It's excellently paced, creating an effective level of tension and providing an intense and worthwhile examination of Cook's psyche. The wild teenager has grown into a man who really considers his every action. Nevertheless, Cook hasn't lost that fearsome edge that allowed him to take revenge for Freddie's death and I wouldn't ever assume that he'll act in a predictable way if he's backed into a corner in the next episode.

This episode does disappoint occasionally, but there's nothing too damaging to report. Both of the new female characters are underdeveloped and Charlie, in particular, struggles to convince as a person. I can see why the mystery of Cook is appealing to her, but the dialogue goes a little too far when she attempts to relate to the personality that he's hiding. The show also has to take some shortcuts when laying the groundwork for the drug dealing, meaning that Louie feels underwritten and that certain developments lack the forcefulness they clearly require.

When the script really focusses on the central character, though, the core ideas of this premise are conveyed very effectively. This is a very solid establishing episode that is hard-hitting and exciting. It sets up some great material for next week's conclusion, as Cook now has to escape the clutches of the police and his certainly enraged boss.