Eric Ortiz Garcia
Contributor; Mexico City, Mexico (@EricOrtizG)
Tweet Post Submit
The opening day of Macabro 2013, Mexico City's annual horror film festival, kicked off with a screening of The Battery, with director/star Jeremy Gardner and co-star Adam Cronheim in person. No need for more. One cleverly funny zombie movie (with a great soundtrack) and a couple of energetic and very kind guys (Gardner and Cronheim) were more than enough for a memorable evening at Cineteca Nacional (the Cinematheque).
The crowd started gathering around 5 PM, more than two hours before the showing. It was a sold out event but some people didn't know that and soon the festival's organization became a little messy. There was just too much demand (some members of the press had to leave), confirming that Macabro keeps growing as a festival and requires a better organization next year.
Inside the movie theater things were calmer and the opening speech by Edna Campos (the festival's director) was discreet, leaving everything to Gardner and Cronheim. Gardner introduced The Battery with the following words:
"We made this movie on a very small budget and a very short amount of time: fifteen days with $6,000 dollars. The reception all around the world has been amazing but this, right here, is the biggest crowd we've ever had! We are going to stick afterwards, so tell us how much you hated it or loved it, ask us questions, find us and have a drink with us."
The Battery is definitely a lesson in how to make a zombie film work with no money and not much screen time for the zombies. You don't have the creepiest creatures? Then don't show them and play with that element. Your zombies are slow and not always dangerous? Then create a character that enjoys beating the shit out of them no matter what. And of course, follow the guerrilla filmmaking manual book and direct, perform, produce, edit and sell your (own damn) movie yourself!
Gardner is a clever filmmaker but also just a straight fun dude (in the film and in real life). When the credits rolled, he took to the stage once more and, together with Cronheim, began singing to the closing song ("We've Got a Lot to Be Glad For" by Rock Plaza Central). I'm not sure why the organizers didn't give them a microphone for the Q&A but, fortunately, they spoke loud enough for a decent audio recording. Hence I'm bringing you the best quotes from Gardner and Cronheim!
Check the gallery to read them, and stay tuned for more of my Macabro 2013 coverage.
ScreenAnarchy's full review (written by Kurt Halfyard) here.

“In a movie if you go to the doctor and want to get a diagnosis, they just cut to the doctor and he goes “you have cancer”. In real life, you have to go and sit in a waiting room, wait to go to the doctor’s office. And that is way more terrifying to me than just cutting into the diagnosis. I thought it would be really good to watch them wait, because they don’t have anywhere to be, nothing to do. It sets the audience up for having to wait through that long shot at the end.”

“I wanted to make a movie but where if the movie sucked and failed nobody would lose any money! I asked ten friends for $600 dollars, and said, “just give me $600 dollars and then if the movie fails and no one ever watches it, you can’t hate me because I have seen you lose more than $600”. I knew we could make something that looked real.” 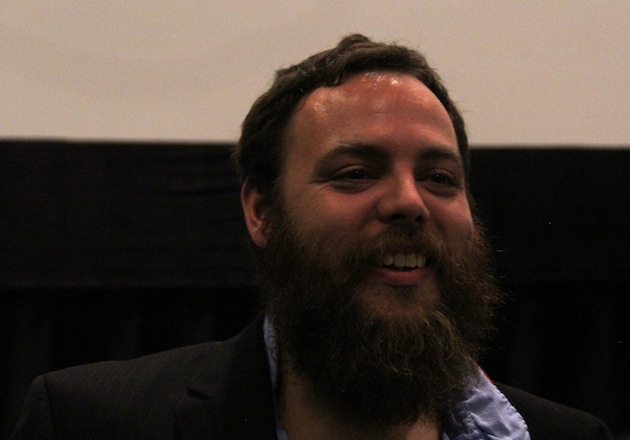 “My girlfriend went to a makeup artist office for half an hour and watched her do it. Then spent all of her money buying some makeup. She was really excited but she wasn’t going to have to do anything herself. One day our real makeup artist didn’t show up and we were about a hundred miles away, ready to shot. I just said to my girlfriend, go make zombies!”

“Of course I wanted (the zombies) to look like The Walking Dead. You know, beautiful zombies. But we couldn’t do it and ended cutting zombies out.”

“Tom Savini’s remake of Night of the Living Dead, not even the original, not the good one, stayed with me. When I saw it as a 10-year-old there was something really creepy about it. To me they (the zombies) represented mortality, which is why I’m still afraid of death every day. Death is still going to come after you and it doesn’t have any schedule. So I always wanted to make a zombie movie.”

“I’ve had an idea for about 10 years that I’m in love with. It’s about a guy, his girlfriend leaves out and he buys a 10 feet king cobra and falls in love with this king cobra.” 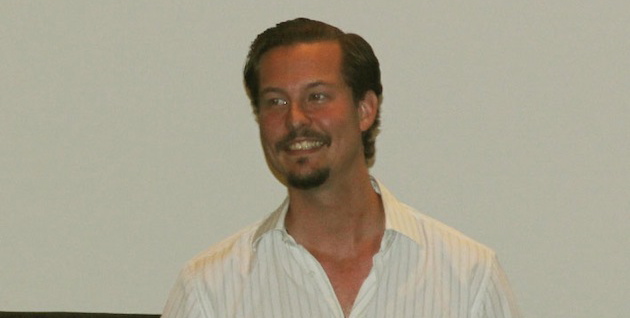 (To a member of the audience who asked about the sequel) “You have the budget? I mean, I don’t care, I’m dead!”

“The female zombie in that scene (when Adam masturbates to a zombie) is actually our director of photography’s wife!”

“The funny thing is that Ben and Mickey didn’t really know each other before the apocalypse. And I only met Jeremy a month before we shot this movie. So there was some realism to the relationship.” 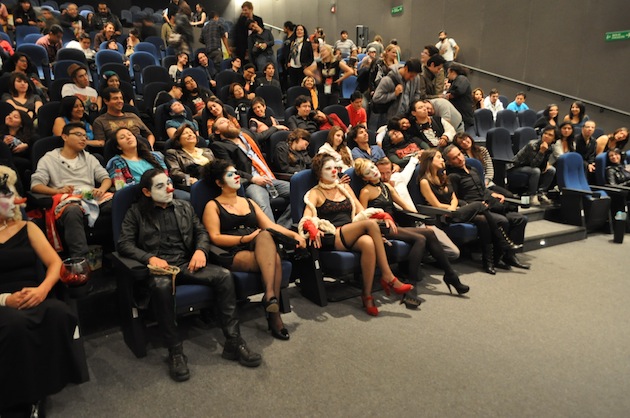 “The only thing we weren’t sure about was the sound mix. We flew up to New York to meet a guy. We were going to hire him for the sound mix. And he was so pretentious! This guy was like an intern at a sound place and he just looked down on us so much that within five minutes of the interview my DP was like “let’s go out for a cigarette”. We walked outside and he goes “fuck this guy, I’ll do the sound mix!”

“I put an add online (for the filming) that said: You must be willing to sleep on the floor for 16 days, drink beer, drink coffee, maybe have a sandwich, and never go home.”

(Photo: Jeremy, Adam and the Mexican audience pretend they're dead) 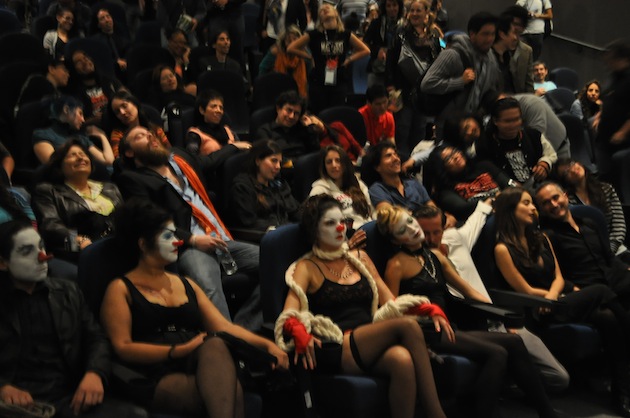 “I feel bad because I gave Mickey the whiny bitch role. It’s not Adam’s fault that I gave myself the cooler version of myself (Ben).”

“I think the music is the third character of the movie.”

“We made a location video before the movie and used one of Rock Plaza Central’s songs. We put it on Twitter, and this is why nobody can say Twitter sucks! Because the lead singer from that band said: hey, that’s cool, will you use for your movie too?”

(Photo: Jeremy, Adam and the Mexican audience pretend they're dead)

Do you feel this content is inappropriate or infringes upon your rights? Click here to report it, or see our DMCA policy.
Adam CronheimJeremy GardnerMacabro 2013Mexico City International Horror Film FestivalThe Battery