James Marsh
Editor, Asia; Hong Kong, China (@Marshy00)
Tweet Post Submit
Fantastic Fest has announced that the World Premiere of Robert Rodriguez's action-packed sequel Machete Kills will be the opening film at this year's festival. Danny Trejo, the film's eponymous vigilante, will attend the screening on 19 September, along with the director and co-star Alexa Vega.
In the film, ex-Federale Machete is recruited by US President Charlie Sheen (billed as Carlos Estevez) to take down a mad revolutionary and an eccentric arms dealer, saving the planet in the process. Machete Kills also stars Amber Heard, Antonio Banderas, Jessica Alba, Lady Gaga, William Sadler, Marko Zaror and Mel Gibson among many others.
"Fantastic Fest has quickly become the best place for fans to first experience the newest and coolest genre movies and blockbusters," said director Robert Rodriguez. "I am honored and extremely excited for Machete Kills to have its world premiere right here in Austin and kick off Fantastic Fest." 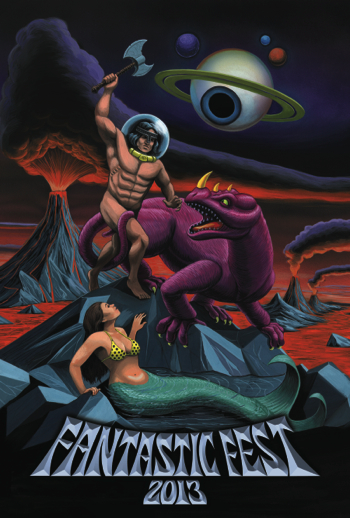 It's no secret that everyone here at ScreenAnarchy is a huge fan of Fantastic Fest, and it makes perfect sense for local boy Rodriguez to kick off proceedings at this year's celebration of the world's best genre cinema. We will, as always, be there in force to cover the 8-day maelstrom of movies, beer, karaoke and incredible parties.
"Every year we compile our dream targets for opening night film; Machete Kills was at the top of that list," said Fantastic Fest Co-founder & Creative Director Tim League. "We are going to pull out all the stops to ensure Robert's world premiere red carpet experience is literally blood red."
Also unveiled is the poster art for this year's festival, from artist Johnny Sampson. You'll find a larger version in the gallery below. Fantastic Fest 2013 takes place in Austin, TX from 19-26 September. 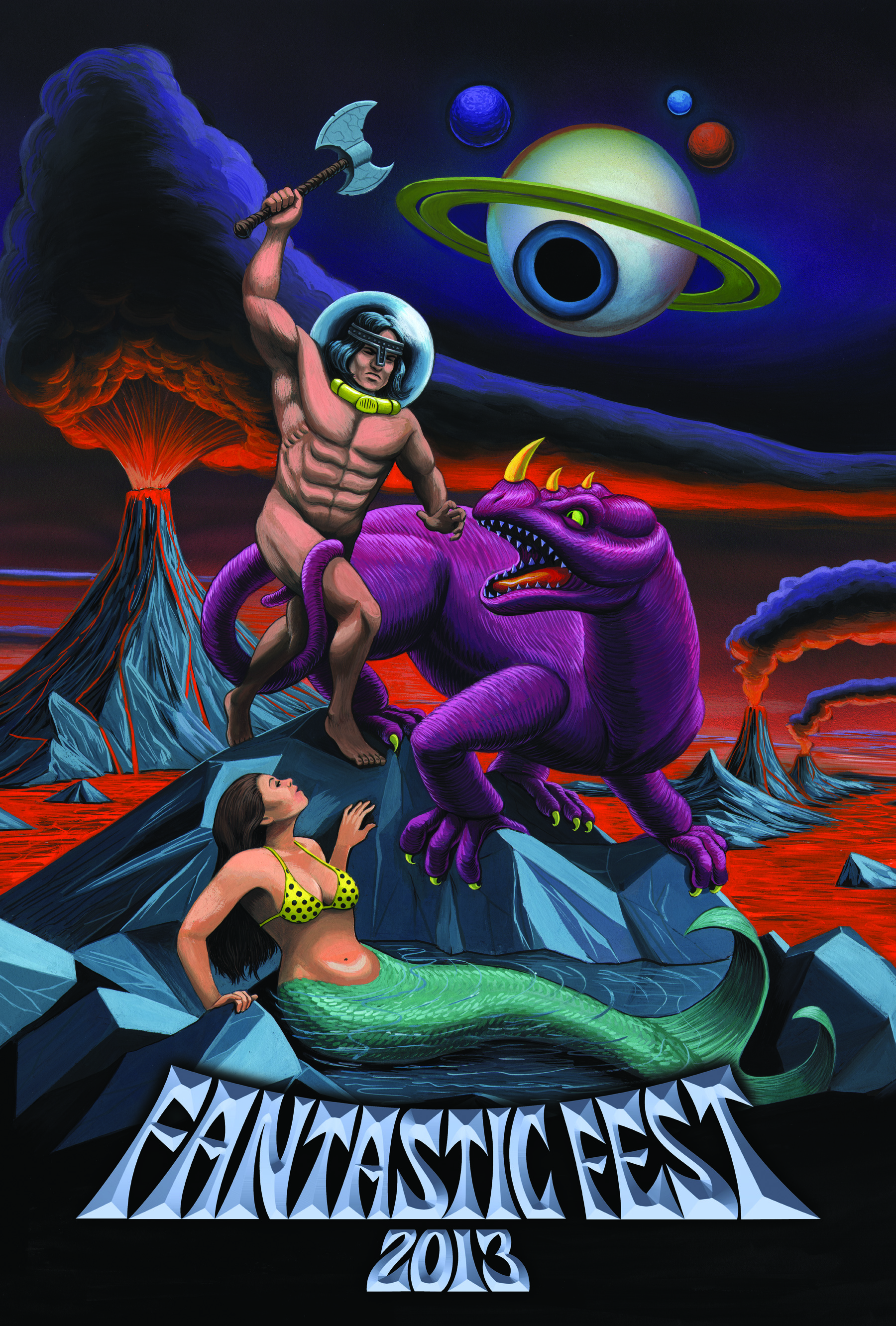