One of the most anticipated Hall H panels at this year's Comic-Con was for The World's End. Over the years, few filmmakers have earned such admiration and adoration by Comic-Con attendees as Edgar Wright. Fans camped overnight underneath large tents outside the San Diego Convention Center, braving the brisk marina winds and wet grass just to catch an early glimpse of Wright's latest film. And, even for those who regretted getting in line as "late" as 3:30am (for a 9:30am panel), the energy in the room for the panel's one hour duration signified one thing, and one thing only: pure elation.

Here are some of the highlights: 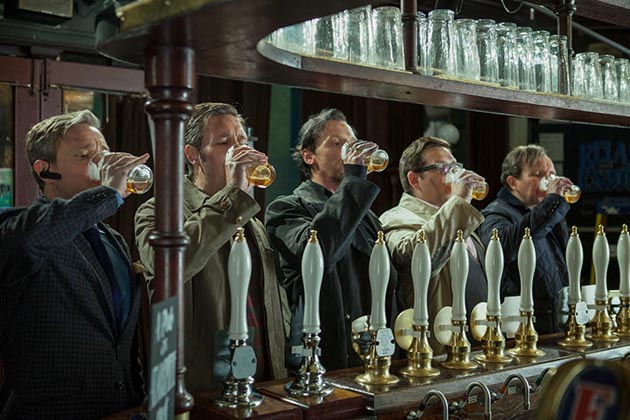 If you haven’t been following the story of The World’s End, the film reteams Edgar Wright with longtime collaborator, Simon Pegg, in the final Cornetto film (as of now). The story of old friends returning to their small town to finish the 12-pub crawl they never did as teens brings themes established in Wright’s earlier films full circle.

All three films involve small characters facing off against a big, scary group: zombies, corrupt police, robots, aliens, etc. But ultimately, these films are about friends who’ve grown apart over time coming closer together in the face of extreme adversity. 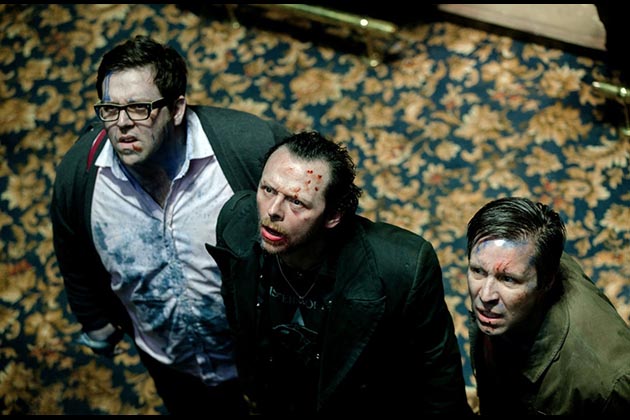 For Wright, the idea of perpetual adolescence and dangers that come with it really hit home with this film. TWE started out as a reunion comedy. Wright spent a lot of time going back to and filming in his hometown on Hot Fuzz. And, that really informed his idea for TWE. The idea of being at home after so many years and feeling like a stranger was something that Wright felt was a universal story. Adding robots / aliens to the story made it a universal movie (pun intended). 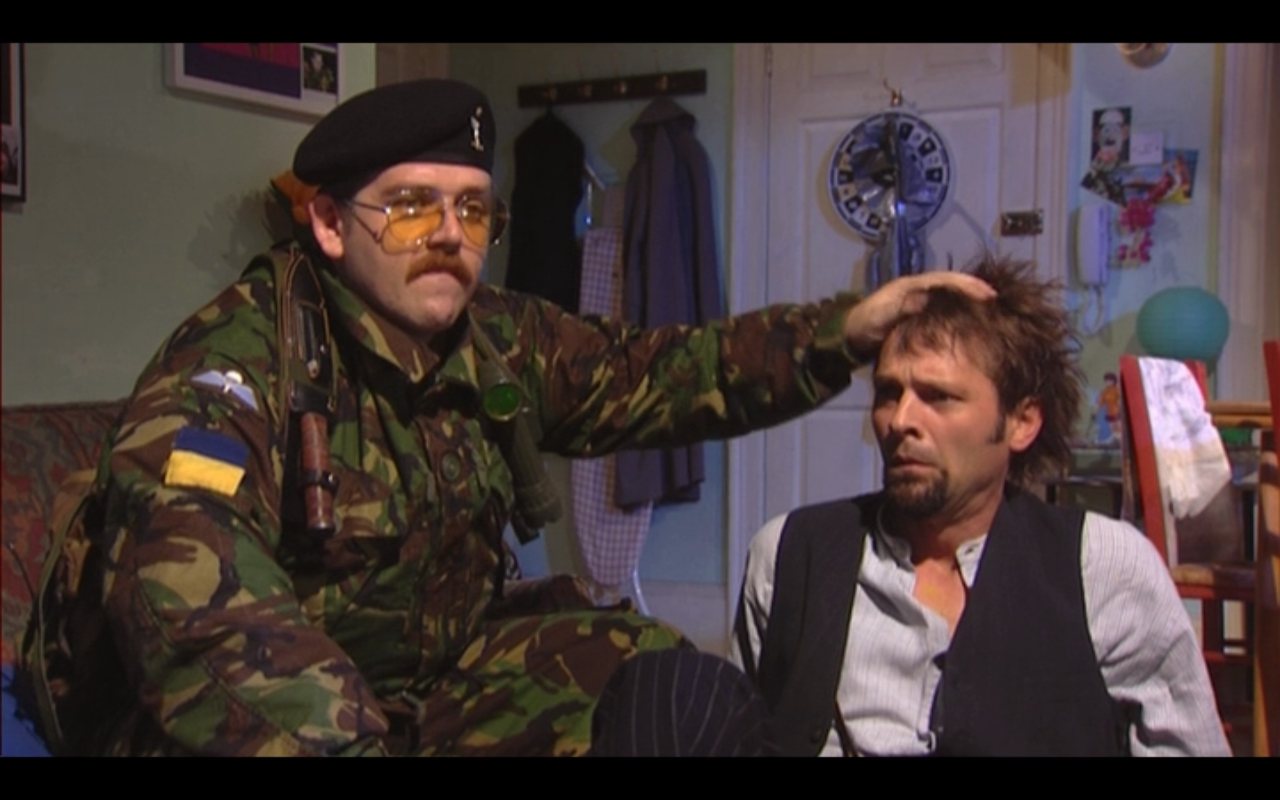 Upon opening up the floor to questions, one fan from the audience asked if Wright and Pegg had any plans to revisit the cult UK series that started it all, Spaced. Wright explained that the characters get older in every film he and Pegg have done. Spaced is about the joys of being young. Thus, Wright wants to leave those characters in their youth where they belong. 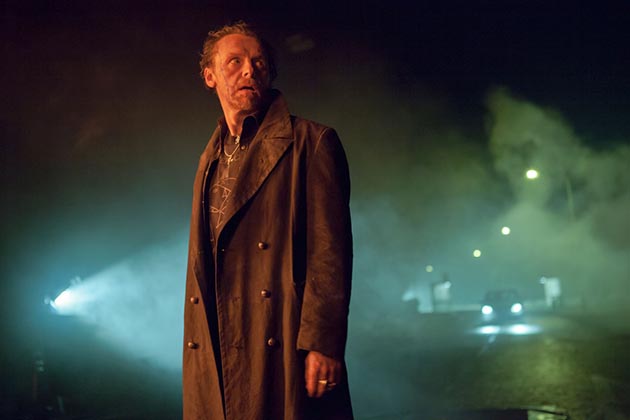 Continuing with the topic of growing up and taking on new challenges, Pegg expressed how different his character in TWE was compared to films like Shaun or Fuzz, and the challenges that came with playing “kind of a dick.” Pegg explained how his character, Gary King, is as much the villain of the film as he is the hero. For Pegg, not being immediately likable was something that made his character’s journey much more satisfying. Having to earn the trust of his audience was something he didn’t want to take for granted. 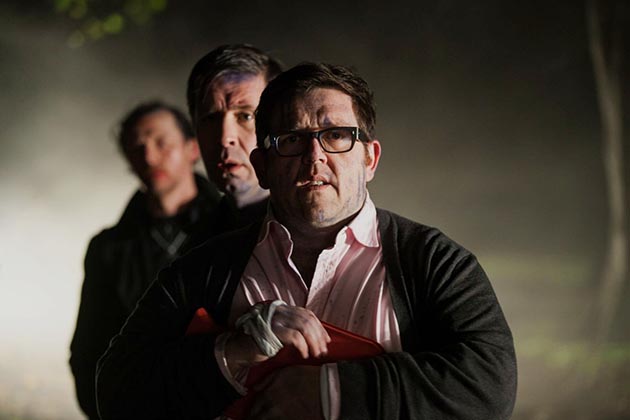 Nick Frost said that while he enjoyed playing Ed in Shaun of the Dead, it wasn’t too much of a stretch for him as an actor. His Andrew Knightley in TWE, on the other hand, is a much more challenging character with an atomic bomb inside of him ready to go off at any time. During filming of a key fight sequence of the film, Frost earned the nickname: The Pink Hulk. At a pivotal moment for his straight-laced, non-confrontational character, Frost rips off his grandpa cardigan in a rage, revealing a pink shirt that becomes his superhero-esque costume. In the original script, Frost’s character was to rip off his shirt (not sweater), and remain bare-chested the duration of the film. But, filming subzero weather in the UK winter months eventually changed that. Hence, The Pink Hulk.

Pegg chimed in here to reveal how he broke his hand while filming that pub fight scene in the film. He shot 6 more takes immediately after WITHOUT telling Wright just how serious his injury was. Thinking like the Producer and not just Actor, Pegg didn’t want to wrap his hand up and slow things down. “No, we have to keep on going.” Fans cheered at Pegg’s devotion. 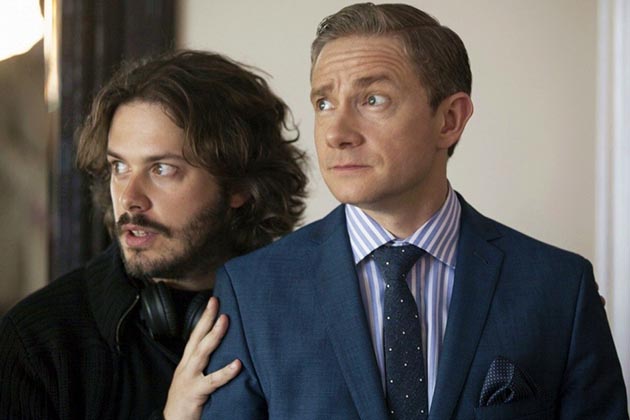 As the panel came to a close, Wright gave some sage advice to an aspiring filmmaker in the audience asking about finding one’s voice. He explained that despite the zombies, robots, aliens in these films, they are ultimately all about Wright and Pegg’s own personal experiences [refusing to grow up, being an outsider back home, struggling to maintain life-long friendships, etc]. And, that’s how you have to write. 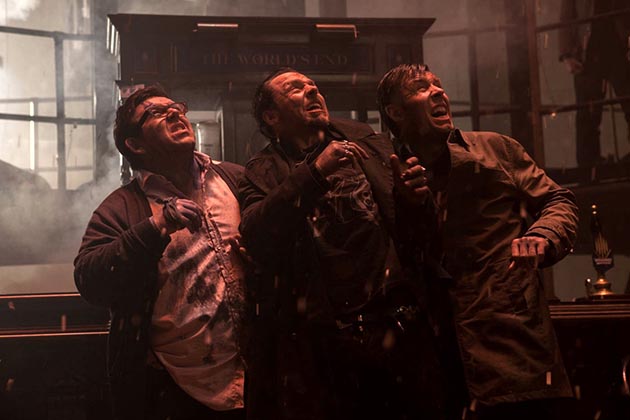 Some panels at Comic-Con are about seeing new footage before the rest of the world, while others are about spending quality time with people we look up to. This was definitely one of the latter, as no new footage was revealed other than a clever mash-up video combining all the best action bits and gags from the three Cornetto films. Wright, Pegg and Frost could sit in a room talking for hours, and fans would eat it up. Their showmanship and off-the-cuff comedic timing was enough to leave a smile on everyone’s face in the room, including some of the stuffier members of the Press.

If you’re one of the 6 people out there who has still not seen the trailer for The World’s End, watch it here. The film will no doubt be very funny. But, knowing the relationship Edgar Wright and Simon Pegg have maintained with their audience since Shaun of the Dead, The World’s End will also be a bittersweet but satisfying conclusion to the Cornetto Trilogy…a Before Midnight for those who love to laugh. A lot.

Keep your eyes glued to ScreenAnarchy for more on The World's End including our review very soon!

Do you feel this content is inappropriate or infringes upon your rights? Click here to report it, or see our DMCA policy.
Comic Conedgar wrightSan Diego Comic ConSDCC