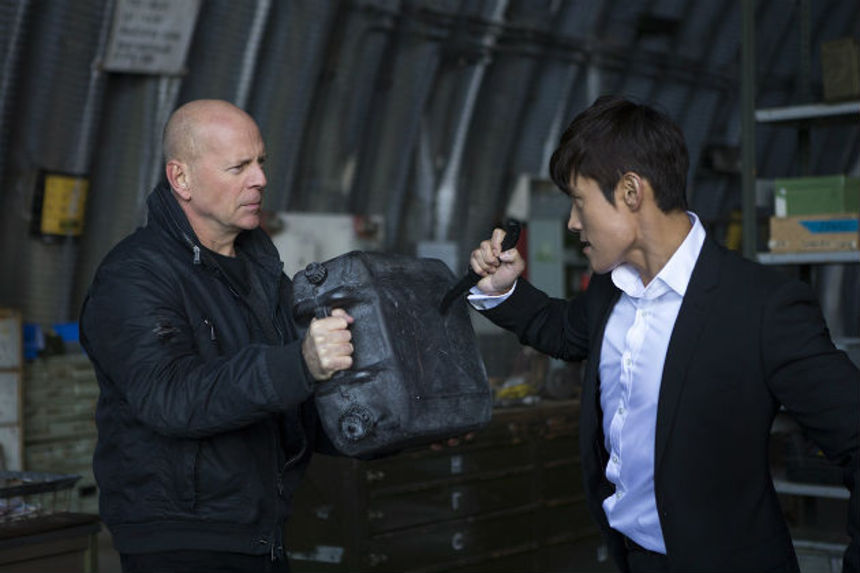 There's almost something admirable in the brisk, breezy way that RED 2 plays out. The shtick about a series of retired cold warriors being drawn once again into another fracas should feel stale, yet in the capable hands of a strong director and a world-class band of extremely talented actors, the film works quite well.

The first film's director, Robert Schwentke, has gone on to helm R.I.P.D., also opening shortly, and so the second edition of "Retired, Extremely Dangerous" is shot by Dean Parisot, director of the criminally underrated Galaxy Quest. In several ways, the sequel is superior to the first; there's a lightness of comedy touch, which is often quite effective. Bruce Willis and John Malkovich make a tremendous buddy team, but it's Mary-Louise Parker who really steals the show in the early stages. Proving to be physically funny while displaying some impeccable timing, she takes a quite broad portrayal and makes it work.

Additions to the crew include the likes of Catherine Zeta-Jones, who, despite having a pumpkin-like pallor, nonetheless seems appropriately seductive. Yet as fetching as Ms. Zeta-Jones seems to be, the effortless sexiness of Dame Helen Mirren totally overshadows her. Mirren is positively smouldering at times, proving once again that, even as she approaches her 70s, she remains one of the most captivating and deliciously raunchy-when-she-wants-to-be actors out there.

We also get to see Sir Anthony Hopkins give one of his trademarked performances. There's a few nods to his Hannibal Lecter-like proclivities, but overall he manages to play his ambivalent role quite well. Amusingly, the film also sees Brian Cox return, making for two Hannibals in the film; perhaps Mads Mikkelsen will come on board for RED 3? Finally, Lee Byung-hun adds some post-baby boomer flair and martial arts prowess, as well as some chiseled abs for those that dig such things. A fabulous fight inside a convenience store is sure to make any martial arts fan happy. 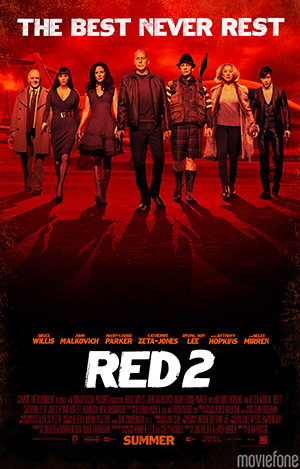 The film includes car chases, expensive planes, and "exotic" locations that occasionally reveal themselves to actually be various Toronto-area banks with extensive set dressing. Save for a pretty stupid, heavily telegraphed last five minutes that actually includes the line "I didn't see that coming", we're even treated to a decent ticking bomb-style story.
The chemistry between the performers is infectious, each bringing their unique charms to create a wonderful synergy. Stylistically, the graphic novel roots are emphasized through animated transitions that are pleasing enough.

While RED 2 doesn't exactly tread on new ground, it's still a thoroughly enjoyable piece of entertainment.  In a summer where action movies are increasingly serious to the point of being ponderous, it's nice to have a light, breezy, refreshingly amusing action-adventure with a capable cast and decent story. It may be a small victory, but it's one I'm willing to celebrate.
The film opens wide across North America on Friday, July 19. Check local listings for theatres and showtimes.