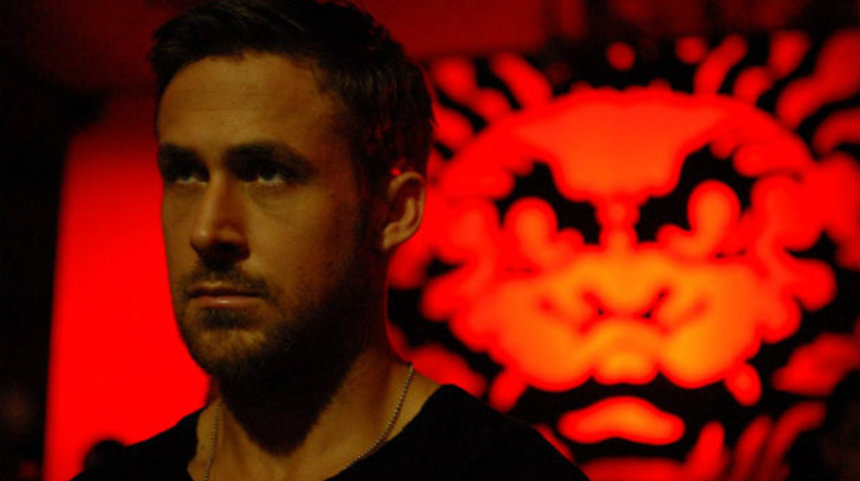 Nicolas Winding Refn may have burst onto the Hollywood scene with his slow burn but relatively straightforward actioner Drive, yet before that film, Refn made a name for himself with considerably more abstract narratives such as Valhalla Rising.

Refn returns to this mode in his latest film, Only God Forgives; an art film disguised as another bloody crime actioner. But where Drive impressed with its taut story, Only God Forgives relies on its technical elements to bring the viewer along. Fortunately, these elements are immaculately executed, serving up one of the most impressive films of the year -- and a true feast for the senses.

Set in Thailand, Only God Forgives reteams Refn with Ryan Gosling as the drug-slanging Julian. While little is explicitly revealed, we get the sense that Julian has more ambition for getting freaky with his favorite prostitute Mai (Yayaying Vithaya Pansringarm) than climbing the corporate crime ladder. Those tasks are better left to his older brother Billy (Tom Burke). Things turn pear-shaped for Julian when a night of debauchery leaves Billy's brains on the wrong side of his skull. Enter the devil herself, as Julian and Billy's mother Crystal (Kristin Scott Thomas) turns up in Bangkok to see to it that Julian enacts adequate revenge for the crime done to their family.

It's an understatement to say the story takes a backseat to the music and visuals. It's far from fair, however, to say there is no story at all. The revenge tale is supplemented with some suggestions about Julian and his mother's relationship via some clever oedipal editing. Anyone expecting a complex crime plot, though, is sure to be disappointed. This is all about the spectacle.

It would be fair to call Only God Forgives Refn's neck-breaking nod to Asian cinema. The man has surely been watching his Suzuki Seijun and the film is loaded with samurai references throughout. There is also a fair amount of David Lynch, Gaspar Noe, and Alejandro Jodorowsky, all of whom are mentioned in the credits (the latter even receiving the film's dedication). Refn synthesizes all these references and, together with his collaborators, develops a style that is consistently his own. 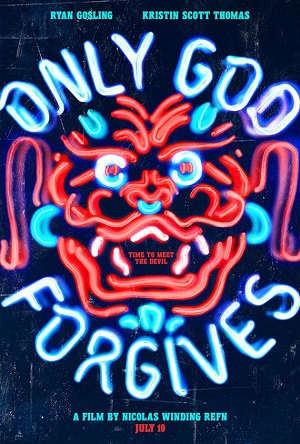 Those collaborators surely deserve much of the credit, as well. Larry Smith's cinematography and Beth Mickle's production design make every scene a work of art; the use of light is something to behold. Cliff Martinez's score calls on a full orchestra at times and a single electronic piano at others, with the juxtaposition used to great effect. The special effects makeup is also incredible, providing some of the most realistic sword slashes ever on film -- and plenty of blood.

Critics are bound to balk anytime a filmmaker chooses style over substance. But when a director is able to execute this kind of style to such perfection, it can only be considered a home run. It may be far less accessible than Drive, but Refn and his team have done something truly special in the artistry of Only God Forgives. Sometimes it is worthwhile to just sit back and marvel.

Review originally published in slightly different form during the Cannes Film Festival in June 2013. The film opens in limited release in the U.S. on Friday, July 19.

Do you feel this content is inappropriate or infringes upon your rights? Click here to report it, or see our DMCA policy.
Kristin Scott ThomasNicolas Winding RefnRyan GoslingVithaya PansringarmGordon BrownCrimeDrama