Outfest 2013: BEFORE YOU KNOW IT Is A Deliberate And Rewarding Exploration Of Age 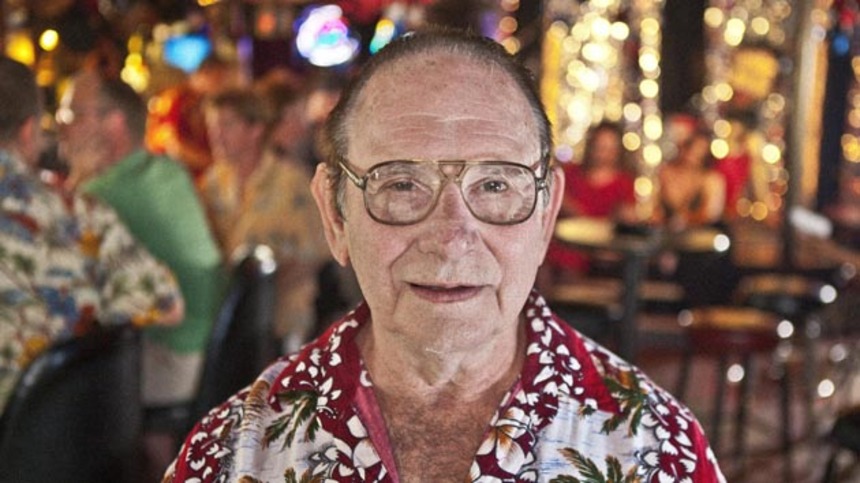 "Before You Know It... you're old." Don't worry. I'm not giving too much away. The line is spoken in the title sequence of PJ Raval's new portrait of gay men in their 70's, and it turns out to be a better synopsis than you'd think. This is not a documentary about sexuality, the history of gay struggle or any type of elderly subculture. It's a humanistic study of three very different men as they slowly approach death.

And I do mean slowly. Ty, Robert 'the Mouth,' and Dennis are all intelligent men who have learned to pace themselves in their old age. Kyle Henry's editing mimics the careful, deliberate pace of the seniors' lives. While this can occasionally be tedious (there are several thrift shopping montages), it is also respectful. Not much happens in the film, but thankfully we are spared any artificial storylines cobbled together in postproduction by a morbid desire to entertain. Instead we're left for two hours with the men themselves as they, for the most part, just go about their daily lives. Patience is required, but the reward is a feeling of intimacy that would have been difficult to achieve any other way.

These aren't some rambling codgers' reminiscences. The real drama in the film is in the characters' response to modern times and their passionate desire to remain relevant and a part of a changing world that usually prefers to either ignore the elderly or consider them hopelessly out of touch. For Dennis, a lonely pensioner in Niceville, Florida, this means posting his profile on online dating sites and going on ocean cruises with hot young men one-third his age. For Ty, a LGBT activist in New York, it manifests as an obsession with the idea of a marriage that would have been impossible two years prior. For Robert 'the Mouth,' owner of Robert's Lafitte ('the longest running drag show in the country') in Galveston, Texas, it's just coming down to the bar every day to tease and joke with his family of customers. These are pretty normal actions, but they acquire significance in the film because these folks are old and for the most part living alone. Things are just harder when you're old.

In pursuit of even-handedness and balance, Raval seems to have chosen three guys who have vastly different attitudes toward life. Thus Dennis's morbidity is countered by Robert's lust for life -- and Robert's relatively apolitical hedonism is balanced by Ty's urbane involvement with the struggle for marriage equality. This pragmatic structuring principle broadens the film's appeal but dilutes its impact in some regards. Dennis and Robert, for instance, are southern men with mortality on their minds. Ty, on the other hand, is spry and healthy -- his mind more on trying to get his longtime lover to agree to marriage than it is on his encroaching decrepitude. The 'will he or won't he marry me' subplot is somewhat interesting in its own right (Ty's obsession with marriage seems to be just as much about his competitiveness with his old friend Ose as it is true love or political equality), but it lacks the subtle gravitas of the other two stories. As a result Ty's friends and colleagues sometimes end up stealing the show in his sequences.

It takes the film nine minutes to get to AIDS. For Robert and especially Ty, who have experienced the death of many of their loved ones, being a septuagenarian gay man means they are survivors. Both are effusive, charming men whose life work is to create safe and welcoming spaces for lonely people. They look back on old photos with sadness and appreciation ("they don't die, they move to California" Robert says).

Dennis, on the other hand, has lived his entire life in the closet and possesses a very different perspective. He is a melancholic trooper who talks about the ways he might commit suicide the same way he talks about meeting men: with sadness and fortitude. Thankfully we are left to draw our own conclusions as to the causes of the characters' attitudes as the film does very little editorializing. To Raval, just as to his characters, the most important things in life are meaningful relationships. Only by learning more and more about our subjects' romantic relationships throughout the course of the film do we come to understand their attitudes, and for loving men like these, this seems natural.

Before You Know It is at times about how sexuality is a young person's game, even though 'gayness' survives well past sex itself. When Dennis says, "Meeting guys gives me some assurance that I still have some attraction," we understand that he is seeking his own youth as much or more than he is seeking companionship. Robert, meanwhile, can only be separated from the bar where he spent his youth by extreme physical pain. Although the men are loved and appreciated, sex is no longer a large part of their lives. That's ok with Robert: "A friend is far more important than any imaginary lover" he says. And, as the movie tells it, it's true. If there is any characteristic these men share beyond age and sexuality, it is the sense that people are happiest in communities of their own creation and choosing.

Before You Know It