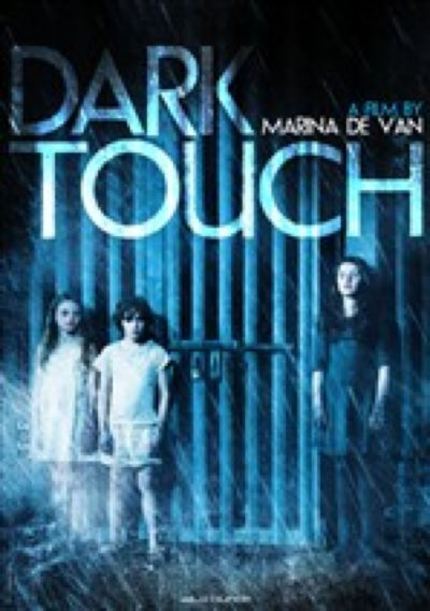 Marina de Van's poem of telekinesis and terror Dark Touch took home the H.R. Giger Narcisse Award when all was said and done at the Neuchâtel International Fantastic Film Festival this past Saturday.

ScreenAnarchy's Joshua Chaplinsky's feelings were decidedly mixed when he reviewed it in April, noting: [de Van] certainly knows how to make a good looking film, and is adept at setting up an atmosphere of dread and delivering visceral bursts of violence. But after you hook the audience with a visually arresting setup you have to follow it up with this pesky thing called a story, and this one just didn't work for me.

The film also took the Mad Movies award for "Maddest" film, and the Youth Award to boot.

You'll just have to check it out and decide for yourselves.

Special Mention runner-up was Chimères, an imaginative vampire-romance that I caught at the festival and liked it quite a bit: In his first feature length film, [director Olivier] Beguin plays ably with both genre conventions and the necessities of low-budget filmmaking. Rather than the usual focus on the hunger and the hunt, the film mines more intimate territory, examining how Alex's transformation affects his relationship with Livia, and more intriguingly, his own sense of self.

It should hopefully be hitting the festival circuit soon.

Silver méliès winner In the Name of the Son is no less interesting, and will go on to compete for the Golden méliès in Sitges come October. My review is here.

The Imaging The Future Award for Production Design went to Ghost Graduation, adding to its already heavy roster.

We will have more reviews coming from Neuchatel in the coming few days, and a couple of interviews as well.

Until then, congratulations to all winners!

The 13th Neuchâtel International Fantastic Film Festival (NIFFF) ended Saturday night with the awards ceremony, followed by the screening of Byzantium by Neil Jordan (Interview with the Vampire). François Cognard, the president of the International Jury, presented the "Narcisse" for the best film to DARK TOUCH by MARINA DE VAN (FR/IR/SE). For 9 days, Neuchâtel was bathed in fantasy, allowing the festival to reach a new attendance record: 31'000 tickets were sold.

The organizers are pleased with the new record of attendance that proves the public's growing interest in the fantasy genre to and the NIFFF's prominent place amongst domestic and foreign festivals. Not only did a huge number of spectators flock to the 4 screening rooms for more than a week, but the public also attended en masse the peripheral events put on by the festival such as lectures, master classes, debates and various exhibitions. Ever popular with festivalgoers for their friendly atmosphere, the off areas of the event welcomed more than 45,000 visitors who came to enjoy the performances and DJ sets served up by the NIFFF.

The fourteen films of the International Competition attracted large numbers of festivalgoers and led to many exchanges thanks to the 12 guests who came to speak about their films. Other highlights of this edition: NIFFF INVASION 2013 and, in particular, the concert film Nosferatu VS Turzi that skillfully blended silent film with contemporary music; the When Music Scores! retrospective, which offered the public an opportunity to (re-) discover some of the greatest fantasy classics and gave rise to exciting master classes on creating music for film, the retrospective about the work of American writer Larry Cohen, who was on site all week to introduce his films and answer the audience's questions, the large crowds at the New Worlds of Fantasy literary forum which offered, among other things, a conference hosted by Orson Scott Card, the author of Ender's Game, the extremely popular master class hosted by Scott Ross (Founder, Director and President of Digital Domain - CEO of ILM - Vice President at Lucasfilm) dealing with the challenges of the visual effects industry organized for the Imaging the Future symposium.

Finally, one must note the presence of important events aimed at putting the spotlight on Swiss creativity: the great responses received by the two Swiss directors selected in the international competition (Mathieu Seiler with Der Ausflug and Olivier Beguin with Chimères); the success of the Swiss short film program and the public's chance to meet with the 11 guests in attendance; the discussion on literary adaptation moderated by author Vincent Gessler and filmmakers Samuel and Frédéric Guillaume helped highlight the existing synergies between literature and cinema; the award ceremony for the "Call for Projects: Swissgames 2012/2013" which brought together domestic and international gaming experts.