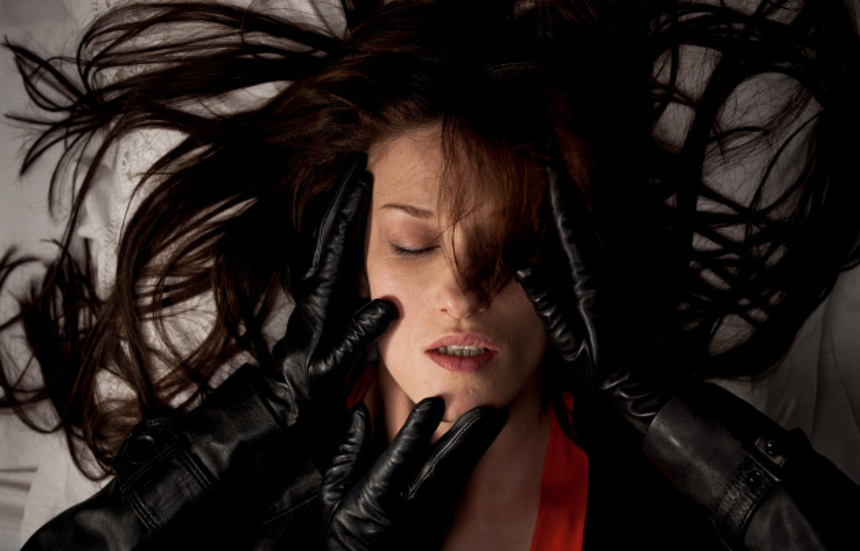 The directing duo of Brune Forzani and Helene Cattet spawned a large and loyal cult following around the globe with the release of their debut feature, Amer. A picture steeped in the traditions of classic giallo, Amer left fans hungry for more from this potent duo and it's coming soon with the arrival of their sophomore feature, The Strange Colour Of Your Body's Tears (L'Etrange Couleur Des Larmes De Ton Corps).

The Strange Colour is the story of a man who investigates the weird conditions of his wife's disappearance. It's a film which we (Hélène & Bruno) have worked on for nine years now. It is set in Brussels (where we live) which is particularly known for its Art Nouveau architecture. The film is still produced by the same producers as Amer - Eve Commenge and François Cognard - and the Flemish director / producer Koen Mortier (Ex-Drummer).

Twitch was proud to debut a pair of images from the film back in March and now we've got your first look at the film's first teaser. Check it out below.

Do you feel this content is inappropriate or infringes upon your rights? Click here to report it, or see our DMCA policy.
amerbruno forzanigiallohelene cattetL'Etrange Couleur Des Larmes De Ton Corpsteaserthe strange colour of your body's tearstrailer