The Trailer For THE CONJURING Gives Me The Creeps 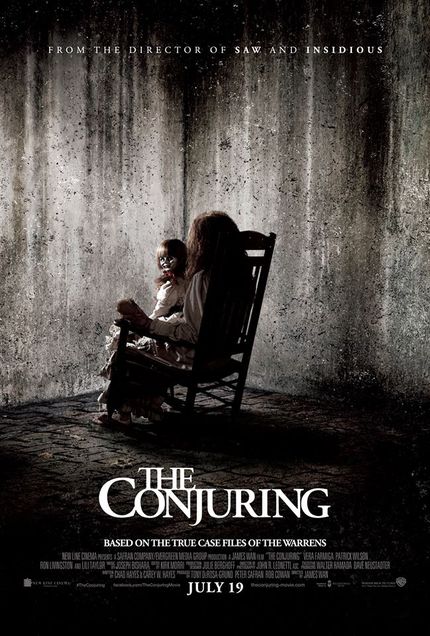 In many ways James Wan has been the victim of his own success. Though he never returned to the world of Saw after the enormously successful first installment it seems as though Wan lived in the shadow of that initial success up until he hit similar paydirt with Insidious. And now that he's proven himself more than a one trick pony the world is becoming Wan's oyster, the director already at the helm of the upcoming Fast 7 and other studio projects knocking. But before we get to that there's the small matter of The Conjuring ...

Before there was Amityville, there was Harrisville. Based on a true story, "The Conjuring" tells the horrifying tale of how world renowned paranormal investigators Ed and Lorraine Warren were called upon to help a family terrorized by a dark presence in a secluded farmhouse. Forced to confront a powerful demonic entity, the Warrens find themselves caught in the most terrifying case of their lives.

Word from those who have seen it is that The Conjuring is very, very good and the latest trailer certainly appears to bear that out. What say you? Has Wan now established himself as the current leader in horror film? Check the trailer below and chime in.