First Shot Of Evangeline Lilly As Tauriel In THE HOBBIT 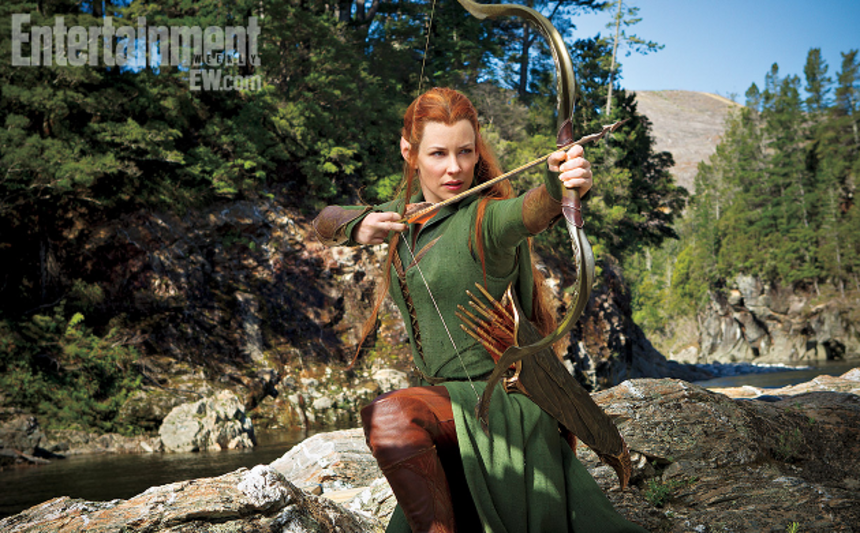 Poor Evangeline Lilly, people are going to hate her pretty much no matter what. When Peter Jackson's Hobbit Boogaloo hits screens later this year it'll be Lilly who, through no fault of her own, will almost certainly be the lightning rod for criticisms from the most ardently loyal fans due to the simple fact that her character - a Sylvan elf named Tauriel - appears absolutely nowhere in any of Tolkien's work. So she's the one that'll be evaluated and judged and generally be used as the focal point of any criticism of the extreme bloat that drove Jackson's adaptation of Tolkien's rather slender novel to three films and a near nine hour run time.

Hint: You should be blaming Jackson.

All of this to say that Entertainment Weekly have gotten hold of the first image of Lilly from the film along with a bit of background on the character, which they describe as the head of the Elven Guard who has a 'significant' relationship with Legolas. For those who disliked the hyper-sharp look of the first Hobbit film this would offer no hope whatsoever that they have massaged that feel whatsoever in post production this time out.

Do you feel this content is inappropriate or infringes upon your rights? Click here to report it, or see our DMCA policy.
evangeline lillypeter jacksontaurielthe hobbit

More about The Hobbit