It's Official: Peter Jackson's THE HOBBIT Expanded To A Trilogy 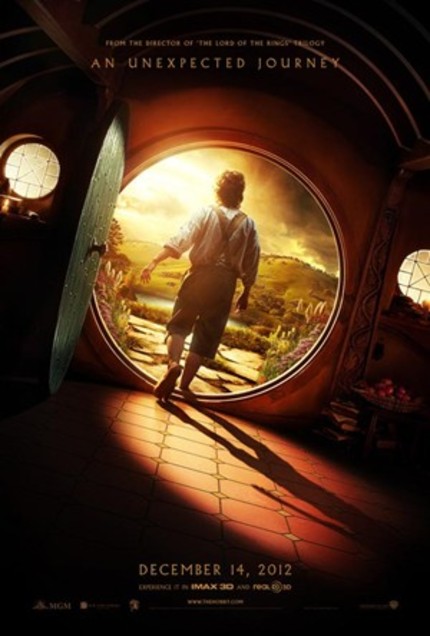 The rumblings began at the San Diego Comic Con when director Peter Jackson went on the record saying he'd like to expand his film adaptation of JRR Tolkein's The Hobbit to three movies. And now it's official. All involved have signed off on the concept and The Hobbit will now be three films. Part one - The Hobbit: An Unexpected Journey - releases in December of this year, with Part Two - The Hobbit: There And Back Again - following in December of 2013. The third film - as yet untitled - will release in summer of 2014.

What this means is that the big screen Hobbit is going to be fundamentally more Peter Jackson's The Hobbit than it is JRR Tolkein's. Stretching the story to two films already involved dipping into appendices and stories hinted at but never actually written by Tolkein and Jackson is clear that they will continue down that path when they return to shoot additional material for the third film:

We know creatively how compelling and engaging the story can be and--lastly, and most importantly--we know how much of the tale of Bilbo Baggins, the Dwarves of Erebor, the rise of the Necromancer, and the Battle of Dol Guldur would remain untold if we did not fully realize this complex and wonderful adventure. I'm delighted that New Line, MGM and Warner Bros. are equally enthusiastic about bringing fans this expansive tale across three films.

The Necromancer - who would later be revealed as Sauron - is referenced in The Hobbit but never actually appears in Tolkein's book, nor does any of the conflict around the character.

Is Jackson going down this road a good thing or a bad thing? It's impossible to say at this point - I've long been of the opinion that books and films are such radically different mediums that writers should, in general, be kept far away from the adaptations of their work - but it's definitely going to be different.
Tweet Post Submit

More about The Hobbit