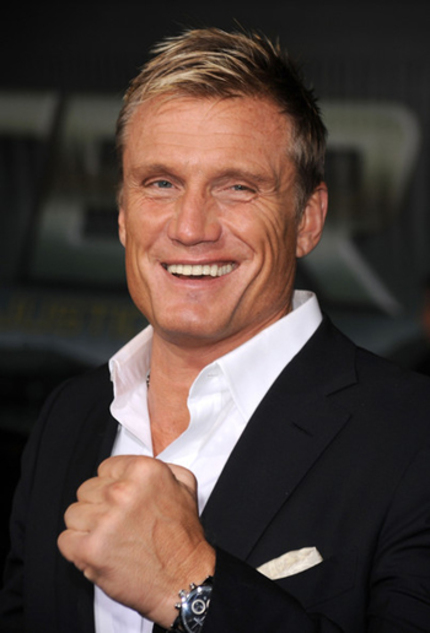 Upcoming Dolph Lundgren / Tony Jaa star vehicle Skin Trade has its director and according to a post on Lundgren's Instagram account the job is going to Beautiful Boxer helmer Ekachai Uekrongtham.

It's an interesting choice for while Uekrongtham has showcased action chops and an interest in broader genre film in his past work he's still primarily viewed as an arthouse director and it's a safe bet that he'll push both Lundgren and co-star Tony Jaa harder on the performance side of the equation than normal, which could be a very good thing.

Skin Trade is an international action picture set against the backdrop of the sex trade in Bangkok. Lundgren wrote the initial draft - since worked on further by Universal Soldier veteran John Hyams - with Lundgren producing and starring as an ex cop. Jaa will co-star as Lundgren's Bangkok based counterpart. Beautiful Boxer premiered at the 2004 Berlin film festival before going on a lengthy run that included stops at top tier events in Hong Kong and Locarno.

Do you feel this content is inappropriate or infringes upon your rights? Click here to report it, or see our DMCA policy.
beautiful boxerdolph lundgrenekachaiskin tradetony jaa