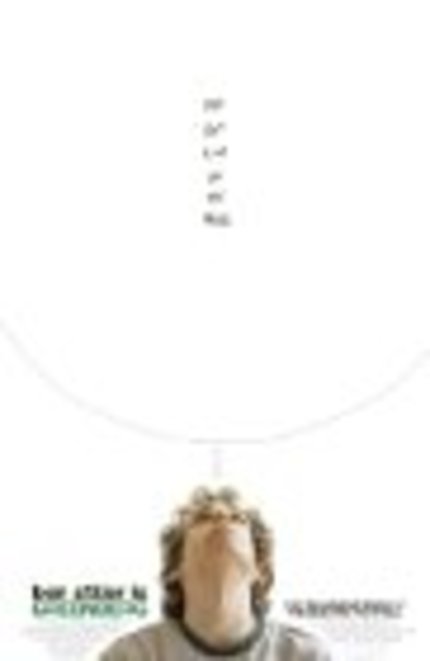 The title role in Noah Baumbach's "Greenberg" is an actor's dream. Roger Greenberg is the kind of character who can't drive, but spends significant amounts of time criticizing everyone else's driving. His awesome band missed a major opportunity fifteen years ago because of him, and while they still hold a grudge, he continues to hold his ground. He gets the girl (at first, anyway), he continuously spouts amusingly barbed observations of the world, his personal demons are about to go into hyper-drive, and yet he still truly knows nothing. For someone with "green" so prominent in his name, this guy can't see the forest for the trees.

Roger Greenberg is stubborn, opinionated, harsh, and directionless. He's got a truckload of issues, but we can somehow still relate to him. In Ben Stiller's hands, Greenberg is a jerk through and through - but one we can somehow still sympathize with. And that is the true strength of this film, which is so close to becoming precisely the type of meandering mess it sets out to examine, yet it remains grounded enough in Baumbach's muted quirkiness to hold together to the end. It's been a while since we've gotten to see Ben Stiller shine in a fully formed character role, and although he does reach into his familiar bag of tricks every now and then, he thankfully nails it all the same.

Uncomfortable day-to-day idiosyncrasies are the order of the day in Baumbach's world - a world that is very much our own. Screen time is spent on minute things such as Greenberg awkwardly telling his buddy (Rhys Ifans) that it's probably not a good idea to sit on the speaker in his brother's nice home, for which he's housesitting. Most movies wouldn't have time for such throwaway moments, but in "Greenberg", these moments are everything.

The other big story of this film is Greta Gerwig, who shines as the ill at ease hired help for Greenberg's brother's well-off family. Gerwig's gives a fearless performance as a young woman who is full of as much fear and uncertainty as Greenberg is. Performance-wise, this film, in many ways, belongs just as much to her, if not more-so than Ben Stiller. Gerwig (also seen recently in a scene-stealing supporting role in "House of the Devil") sports an unconventional appearance, attractive in an unconventional way, and absolutely atypical of Hollywood's narrow ideal of female beauty. Here's hoping that this type of shortsightedness will not hinder her blossoming career.

Of course, the true star is Noah Baumbach, whose fingerprints are unmistakable on this tale, which he co-crafted with Jennifer Jason Leigh (who has a glorified cameo in the film). In keeping with his previous work such as the outstanding "The Squid and the Whale", authentic quirk and painful family strife abound. His stuff is a bit like compatriot Wes Anderson's work, but without Anderson's sideswiping, show-offy tendencies. Baumbach has his own set of shortcomings, all of them of debatable relevance to the overall value of his films. For an auteur of such personal and subtle films, he can sometimes cave to the need to drive the point home a little to bluntly, and this film is no exception. Seeing Greenberg share the frame with one of those inflatable storefront flailing tube men, we get the subtle connection. It is unnecessary for Greenberg to later take a pregnant pause to stare at the same tube man, pondering the metaphor we had the chance to ponder thirty minutes prior. When the tube man is considered along with an earlier shot of a hose flailing in the swimming pool as it blasts water, it's verging on too darn much on-the-nose symbolism. But if this is the film's greatest shortcoming, then "Greenberg" is still absolutely worthwhile.

One cannot help but come away from a film such as this one at least a little bit ponderous and questioning of one's own station in life. "Greenberg" asks the uncomfortable question of who are we in relation to what we thought we'd be. To paraphrase "Fight Club", the world tells us when we're young that we'll be rich rock stars and/or movie stars - but we won't be. For Greenberg - and his immediate supporting cast - this is certainly true, just as it is for most people. The irony of rich famous movie stars such as Ben Stiller or Brad Pitt dirtying their hands to take on the roles to deliver this message does not make the message any less relevant. And if "Greenberg" is anything, it is absolutely relevant. Even if one cannot relate to each and every aspect of these character's lifestyles and attitudes, most viewers will likely find something to relate to within Baumbach's latest endeavor - an insightful and uncomfortable yet entertaining stare at the realities of what means to grow up in this day and age.

Do you feel this content is inappropriate or infringes upon your rights? Click here to report it, or see our DMCA policy.
Noah BaumbachJennifer Jason LeighGreta GerwigKoby RouviereSydney RouviereChris MessinaComedyDramaRomance