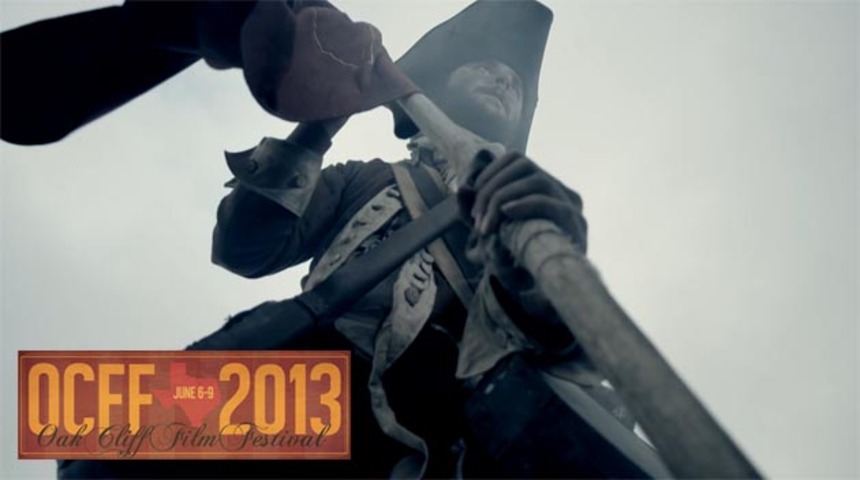 For its second edition, the Oak Cliff Film Festival in Dallas, Texas (which produced an amazing bumper video), has added some rarely-seen older films to a lineup built around local premieres of Joe Swanberg's Drinking Buddies and Bobcat Goldthwait's Willow Creek.

The repertory screenings, a 35mm specialty of the Texas Theatre, sound fantastic. Robert Altman's McCabe & Mrs. Miller looks absolutely splendid on 35mm -- I saw it a few years ago in Los Angeles and it was revelatory on the big screen -- and this screening will be hosted by muti-talented filmmaker David Lowery (Ain't Them Bodies Saints), with Keith Carradine in attendance.

End of the Road (1970), based on a novel by John Barth, stars Stacy Keach and James Earl Jones; Roger Ebert described it as "visionary effort;" Steven Soderbergh unearthed and revived it. Terry Southern wrote and produced; his son Nile Southern will be on hand to introduce it.

The third, intriguing addition is Shadow of the Bat-Man -- see the description below, which explains its appeal better than I can.

The festival kicks off on June 6 and runs through the weekend. It's headquarted at the Texas Theatre, with some screenings and other events held at local venues The Kessler, Bishop Arts Theater, El Sibil, Belmont Hotel, Oil and Cotton, Four Corners Brewery, and the Turner House.

Here's more on the lineup (all descriptions from the festival):

Shadow of the Bat-Man
A silent film with a live score performance featuring the Two Star Symphony orchestra and clips from silent films that were inspirations to Bob Kane, as compiled by filmmaker Andre Perkowski.

End Of the Road
A "lost" 1970 film written and produced by (Oak Cliff's own) Terry Southern that has recently been revived and unearthed by Steven Soderbergh. The 35mm screening will be introduced by Terry's son, Nile Southern.

Cinema 16
Back by popular demand... the "Cinema 16" experimental film block at Oil and Cotton including films by local stand-outs, Chris Howell and Fabian Aguirre.

- Music video block at El Sibil followed by an after party with sets by DJ Tony Schwa and Buffalo Black, Def Rain and Cutter, Night Comfort and Zoo Visual

- Filmmaking and Technology panel: "Digital Disruption and The Afterlife of Arthouse"
Join us for what promises to be a spirited discussion about the future of cinema, fundraising, and distribution. Panelists include festival guests from AV Club, Sundance Film Institute, Forrester Research, the Texas Theatre, and filmmakers directly affected by the current trends.


The OCFF programming team saw submissions via withoutabox double from last year and estimate that the select group of films in the program this year were curated from thousands of viewings. The team feels that they have solidified the vision of the festival this year, taking the metaphor of planting the flag in a battlefield, shown dramatically in this year's bumper. "In year one you make it through as best you can. In year two you have to say something" said Jason Reimer, OCFF Co-Founder and Texas Theatre Creative Director. "You have to try and make your mark."

Since I live not too far away, I'm hoping to join fellow Dallas-based ScreenAnarchy writer J. Hurtado at the festival. For more information, including scheduling and ticketing details, visit the official festival website.

Do you feel this content is inappropriate or infringes upon your rights? Click here to report it, or see our DMCA policy.
DallasFilm FestivalsOak CliffOak Cliff Film FestivalTexas