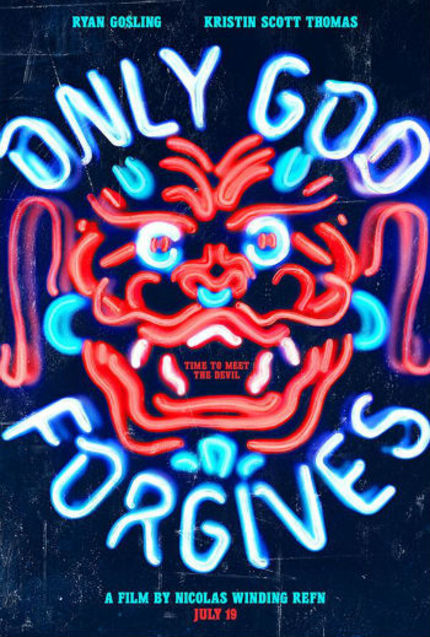 Freshly announced in competition at the Cannes Film Festival, a new international trailer for Nicolas Winding Refn's Only God Forgives has arrived online boasting a decent amount of new footage, an increased focus on the story and a bit more action.

Ten years ago in Bangkok Julian killed a cop and went on the run. Now he manages a Thai boxing club as a front for a drugs operation. Respected in the criminal underworld, deep inside, he feels empty.

When Julian's brother kills a prostitute, the police reaches out to retired cop Chang, known as the Angel of Vengeance. Chang allows the father to kill his daughters murderer, then restores order by chopping off the man's right hand.

Julian's mother Jenna, the head of a powerful criminal organization, arrives in Bangkok to collect her son's body. She orders Julian to find his killers and raise hell.

Increasingly obsessed with the Angel of Vengeance, Julian challenges him to a boxing match, hoping that by defeating him he might find spiritual release but Chang triumphs. A furious Jenna plots revenge and the stage is set for a bloody journey through betrayal and vengeance towards a final confrontation and the possibility of redemption.

Do you feel this content is inappropriate or infringes upon your rights? Click here to report it, or see our DMCA policy.
Cannes 2013kristen scott thomasNicolas Winding Refnonly god forgivesRyan GoslingKristin Scott ThomasVithaya PansringarmGordon BrownCrimeDrama

That is an awfully detailed synopsis

Visually the film looks seductive and thats down to Larry Smith's cinematography, he started off working for Stanley Kubrick on Barry Lyndon and The Shining as cheif electrician, and lighting cameraman for Eyes Wide Shut. And for a film that cost's less than 5 million dollars, Only God Forgives sure looks pretty...Realy looking forward to this...

i m starting to think about who will be the next Bond... Ryan Gosling or Michael Fassbender...

I get a strong Suspiria vibe from this trailer.