Only China will see Fan Bing Bing in IRON MAN 3 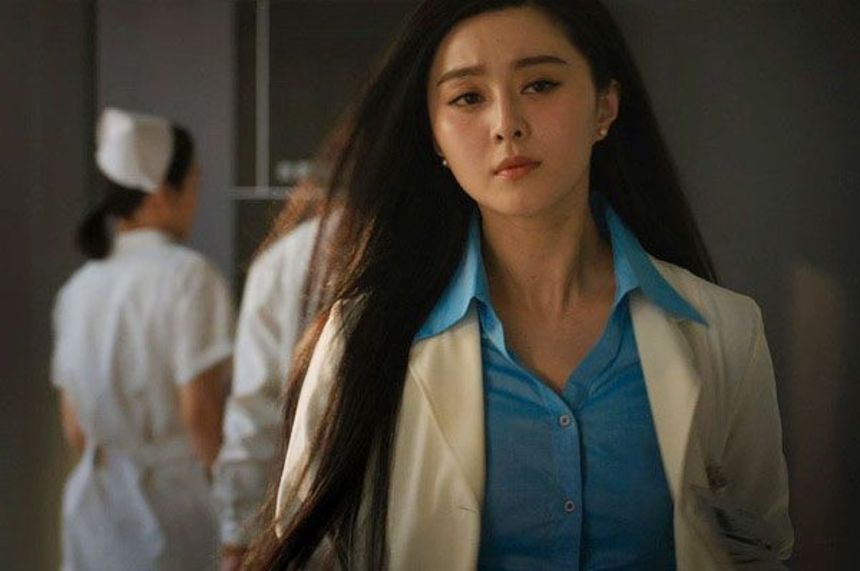 Deadline has confirmed that top Chinese actress Fan Bing Bing's appearance in this summer's Marvel blockbuster Iron Man 3 will be limited to a single scene only included in the Chinese cut of the film.
There has been a lingering reluctance to confirm Fan's role in the film. She appeared at the inaugural press conference in Beijing last year, only to scarcely have been mentioned ever since. Last month, however, the Asian beauty could be clearly seen in a shot from the Chinese version of the trailer (a shot notably absent from the US version).
The reasons for Fan's absence from the international cut of the film remain unclear, but will likely come as a blow to Fan, who has expressed her desire to break into Hollywood. 20th Century Fox will likely be disappointed too, as Fan has just been cast in the latest installment of their X-Men franchise, and the early exposure could have helped with their eventual marketing campaign.
Also mentioned in the piece is the fact that the film, co-produced by Marvel Studios and DMG Entertainent, will NOT be seeking co-production status in China. This goes against everything we have heard thus far, namely that the film was looking to be credited as a part-Chinese film, thereby exempting it from the quota system and guaranteeing it a wide opening in the country. There are currently no details why they have changed their decision, and reasons could range from a disagreement over profit shares, to final cut...to almost anything in fact. That said, with Wang Xueqi in a prominent role and a substantial amount of the film shot on the mainland, the film will almost certainly have a strong opening and is expected to perform well.
Iron Man 3 has yet to confirm a release date in mainland China, but when it does it will join the growing ranks of films like Looper and 21 & Over - American movies with Chinese financing that have included additional footage solely for the benefit of Chinese audiences.
Iron Man 3 opens in Hong Kong on 25 April and in North America on 3 May.
Sign-In to Vote
Tweet 0 Submit

Well it's only right. I don't think Western audiences are ready for an "Asian actress", unless of course they're thick accented subservients to the white male lead.

...maybe they saw the original version of the 'Red Dawn' remake and got spooked. (Did I just say 'original version' and 'remake' about the same project? What a weird world this has become.)

apparently this is some business move to appease China, but I don't really understand how. Twtich, uncover the mystery and you'll get a Scooby snack.

I think they are, just look at the quite healthy career of Michelle Yeoh in the west.

Yeah I gotta say that was kind of ridiculous. They had to digitally alter Chinese symbols and dub Chinese dialog into Korean, and then change the backstory.

I just think China just forcing hollywood: 'here, i'll give you millions of dollars to promote our hot chinese girl.

hollywood: nope, she'll add nothing to the movie, it lowers production value as she has no place in the film and she has to work her way up, not get carried by studio executives.

On the other hand: In real life she is ...just look at who her partner is. And also Gong Li's current and Zhang Ziyi's previous partner. Apparently fiction is easily reality for all-cross over Chinese actresses.

Hollywood turns down a hot girl on the condition that she'll add nothing to the story, worries about lowering production value and wants said girl to "work" her way up instead of just slipping in? ha ha ha ha ha ha ha HA! Maybe those are their rules ethnic women. Certainly not caucasian ones.

Fan Bingbing is a good actress. I loved her in "Lost in Beijing", "Sophie's Revenge", and "The Shinjuku Incident."