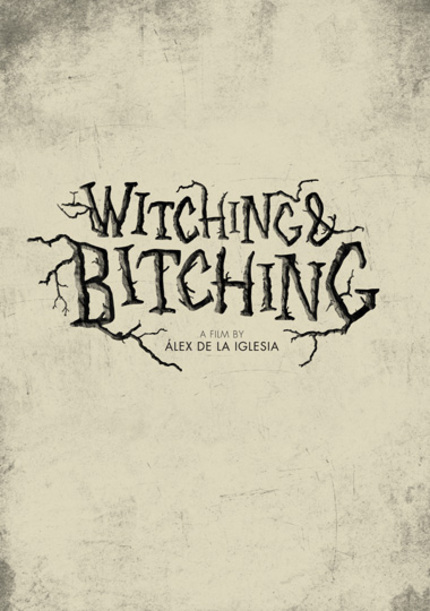 It seems rather appropriate that on the day I'm redrafting my thesis chapter on The Day of the Beast, the first trailer for mad maverick Álex de la Iglesia's new film should be released. I've always been pretty impressed at how de la Iglesia has continued to carve his own path, only lightly dipping his toe in more commercial fare once or twice, but pretty much sticking to his metaphorical guns on insanity, violence, and strong political commentary in his work. The trailer for Witching and Bitching looks like delightful, bloody and outrageous fun.

Hugo Silva and Mario Casas (both currently very hot properties in the Spanish film market) play two hapless thieves, whose plan to rob a jewellery store unravels quickly when they have to bring one of their's son along, the ex-wife borrows the getaway car, they end up headed to France for Eurodisney instead of the planned Morocco, and they run into a coven of witches in the Basque country. Also starring Carmen Maura and Carolina Bang, along with other de la Iglesia regulars, the film looks loud, angry, wild, bloody, sexy and brutal. Pretty much the standard for de la Iglesia.