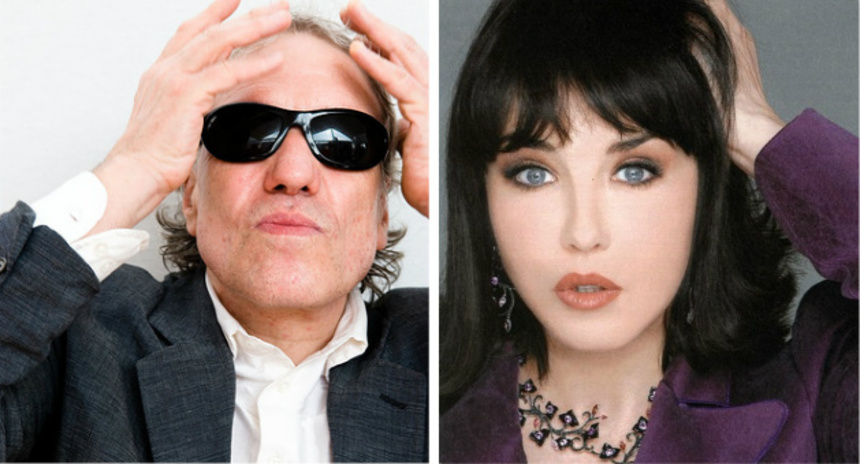 For the moment, Abel Ferrara's probably-controversial film about the Dominique Strauss-Kahn sex-scandal is still moving forward, but actress Isabelle Adjani (Possession) has announced that she's leaving the project, in which she was supposed to play Strauss-Kahn's wife Anne Sinclaire. Her reasoning involves what she called the film's "destructive intrusion into the private sphere of these two people."

Her decision may be in part due to the fact that, even a year later, the French media still won't leave DSK alone. Most recently, Marcela Iacub has just published a new book, which apparently reveals even more X-rated details about the former head of the IMF. DSK is apparently suing the author for violation of privacy.

All of that said, Gerard Depardieu is still set to play DSK -- a match-made in casting heaven if there ever was one -- and there's been no official word that Adjani's departure will sink the film. And even with the announcement of her departure, Adjani still praised the project itself, saying "I love and admire the power of redemption that exists in the the cinema of Abel Ferrara," and also adding that the DSK project is "inspired."

- The Czech Republic's version of the Oscars, the Lions, gave nearly every award to an intriguing-sounding thriller called In the Shadow. The film is apparently a "classically shot dark drama" which follows a solitary policeman who suspects that a complex communist plot lurks behind a minor robbery. The film won nine awards total, including best film, director and screenplay.

- In France, the CNC has just announced that it will back a new film by new wave legend Alain Resnais called Love, Drink and Sing. Resnais, still best known for films like Last Year at Marienbad and Hiroshima Mon Amour, is now ninety years old, but apparently still going strong! This will be his 21st film, following last year's You Ain't Seen Nothing Yet. It's based on a play by Alan Ayckbourn, who also wrote the plays which inspired previous Resnais films Smoking/No Smoking and Private Fears in Public Spaces.

- Even renowned French filmmaker Agnes Varda (Cleo from 5 to 7) is getting on the crowd-funding train! Only, it's not to raise money to make a film, but rather to do a new restoration of Jacques Demy's classic musical The Umbrellas of Cherbourg. Varda and her family are hoping to raise 25,000 euros for the restauration, and the prizes, including 35 mm stills from the original print, are pretty rad. Check it out here.

- The notable British distribtion outfit Revolver (Iron Sky, Exit through the Gift Shop) closed its office as of 10am Monday morning, amid reports of cash flow problems and speculations about the difficulty for the company to perservere with the decrease in DVD demand. Reports say that staff was sent home and told not to return, but as of now, there's been no official statement.

The American blockbuster that Europe rallied around this week was A Good Day to Die Hard, which took the number one spot in France, Austria, Belgium and Portugal. But actually, most countries opted for local cinema this time around. In Spain, Mama opened strongly in the number one spot with a gross of $1.5 million. In Greece, a romantic drama about love on a cruise to Istanbul called Love in the End took the number one spot for the second week in a row. In Germany, Kokowääh 2, the sequel to the comedy which Bradley Cooper is supposedly trying to remake, remained at number one for the third week in a row. It has currently made $17.6 million in Germany.

Do you feel this content is inappropriate or infringes upon your rights? Click here to report it, or see our DMCA policy.
Abel FerreraDKSEuro BeatEuropean Film NewsIsabelle Adjani