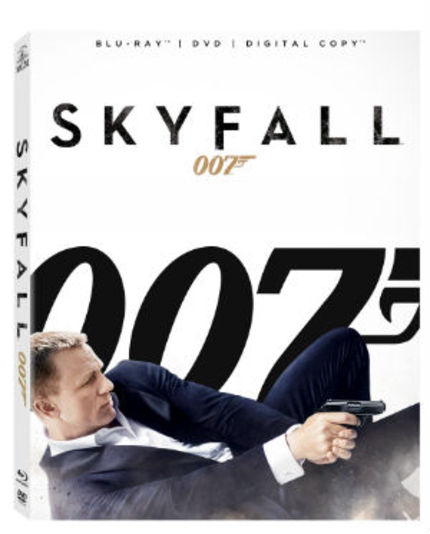 The latest James Bond adventure, Skyfall, has cleaned up at the box office worldwide and has also scored with (most) critics, including our own Brian Clark. It's even won a few awards along the way, including the prize for Best British Film from BAFTA.

The film is already available via various VOD platforms, including Amazon, iTunes, VUDU, PlayStation, Xbox Live, and Cinema Now, and releases on DVD and Blu-ray in North America tomorrow, February 12.

Roger Deakins' splendid cinematography should look awesome in high definition. We have two copies on Blu-ray to give away, courtesy of Twentieth Century Fox Home Entertainment. To win one, all you have to do is email me here and solve the math problem below. Please include your mailing address.

To win a copy of Skyfall on Blu-ray, simply solve the following math problem by finding the value of X:

Contest closes at 11:59 p.m. EST on Thursday, February 14, 2013. Open to residents of US and Canada only. Winners will be drawn at random, but you must correctly solve the math problem above to be eligible.

The Skyfall Blu-ray special features include: