Sundance 2013 Review: THE EAST is a Decent Studio Pic with No Indie Spark 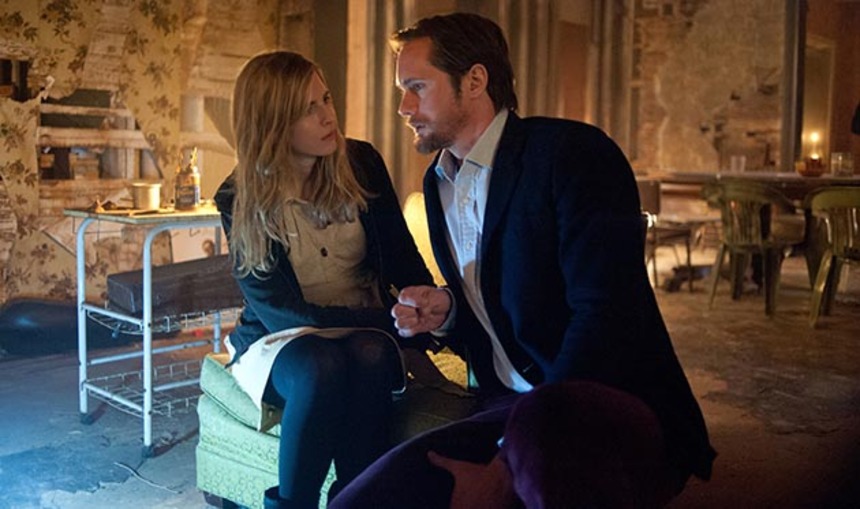 Zal Batmanglij has worked up quite a fan base since his debut feature Sound of My Voice premiered at Sundance in 2011. Though it was initially overshadowed by the big sale buzz of that year's other Brit Marling film Another Earth, a small but vocal crowd vigorously (and justly) beat the drum that Sound of My Voice was the better of the two. While Fox Searchlight scooped up Another Earth at that Sundance, they originally passed on Sound of My Voice, only to circle around and pick it up after the film's positive response at SXSW. Not long after, it was announced that Fox Searchlight would also be producing the next Batmanglij and Marling project, a story not that dissimilar to Sound of My Voice called The East. Two years on from Batmanglij's feature debut, and the man is back with his muse Marling in tow.

Where Sound of My Voice dealt with a pair of amateur filmmakers infiltrating a cult, The East takes this basic concept and magnifies it for a studio-produced picture. Batmanglij replaces the filmmakers with Marling's Sarah, a former FBI agent turned corporate security and espionage consultant who is tasked with infiltrating a group of eco-terrorists that call themselves The East. The group have been staging progressively more hostile actions. It's Sarah's job to gather intel on The East and potentially prevent the damage of shareholder assets if one of her company's clients is involved.

Once Sarah rather fortuitously finds herself inside The East's "freegan" lifestyle headquarters, she meets the particularly charismatic leader Benji, played without particular charisma by Alexander Skarsgård. At Benji's side she also finds Izzy (Ellen Page). It's unclear if Izzy's antagonism towards Sarah is motivated by her protective instincts for The East or her romantic connection to Benji. One thing is abundantly clear, Sarah is going to have to earn her trust if she's to be included in the planning of the future anti-corporate actions.

Most of this and the actions that follow play out in relatively unimaginative ways. Plot conveniences are taken and characters easily evolve as the script demands. None of it is particularly bad for a studio action-thriller, but it certainly lacks the imagination and efficient execution that Sound of My Voice delivered. By contrast, this feels overdeveloped.

Take one particular scene where The East suddenly need to know if their plan to poison drug company executives with their own dangerous drugs has worked. The gang lives in a burnt down building in the middle of the forest. They burn candles and pee in the woods. Yet when it becomes convenient, surprise, there is a whole high tech lair down in the basement with multiple computer systems and satellite TV. These kind of shortcuts pop up time and time again, as if just to remind you that you're watching a studio movie.

There's no doubt that talented filmmakers like Batmanglij and Marling have a bright future in Hollywood. Their world is rich, characters interesting, and writing/acting/directing skills show plenty of promise. Unfortunately, The East just seems to suffer from some growing pains. There are some cool ideas here and it's pretty damned entertaining for a studio action-thriller, however, it's definitely no Sound of My Voice.