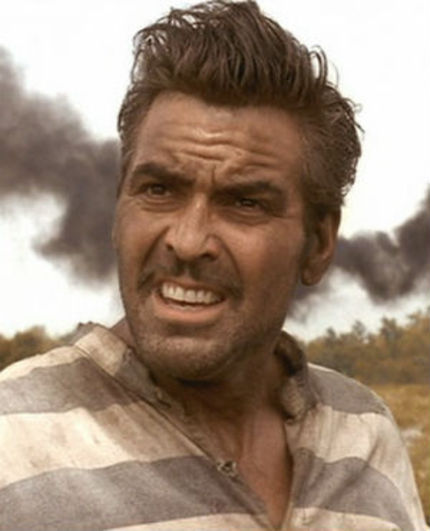 First Moby Dick, now The Odyssey. What other classics will be heading to space?

We first heard several months ago that Lynn Ramsay was developing a science-fiction version of Herman Melville's Moby Dick, intended to be "a psychological action thriller set in deep space, [where] a captain consumed by revenge takes his crew on a death mission fueled by his own ego and will to control an enigmatic alien." And now Warner Bros. has announced (via Deadline) that it's developing a science-fiction version of Homer's The Odyssey. It's being eyed as a franchise -- of course -- and young James DiLapo has been hired to write the script, based on his pitch, which was, in turn, based on an idea by producer Terry Douglas. (Evidently his idea was: "Set The Odyssey in space.")

Warner Bros. transformed The Iliad into the muscular Troy with Brad Pitt and Eric Bana, and Pitt was attached to the new version of The Odyssey for a while, though he's since dropped out. The Coen Brothers, who reportedly had never read the epic poem, were loosely inspired by The Odyssey in making O Brother, Where Are Thou?, which shows the flexibility of the basic concept and character, as Odysseus makes the long journey home after the fall of Troy. And Devin Faraci at Badass Digest points out that the story has already been translated into space, in the 80s cartoon show Ulysses 31. 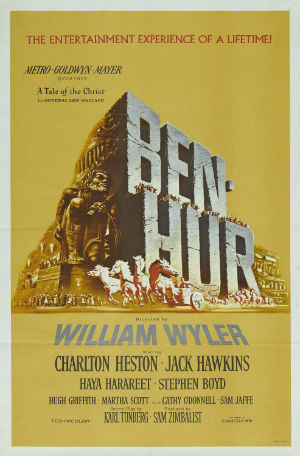 Meanwhile, MGM is planning a new version of another title in the public domain, Lew Wallace's 1880 novel Ben-Hur: A Tale of the Christ. The book was the best-selling American novel for more than 50 years, until it was supplanted by Margaret Mitchell's Gone With the Wind. First adapted for the stage, it was later made into one-reel silent in 1907; MGM made a full-length version in 1925 starring Ramon Navarro, and more recently received the miniseries treatment in Canada.

But the version that is most familiar is the 1959 film, directed by William Wyler, and starring Charlton Heston as Judah Ben-Hur, with Stephen Boyd as his rival (and former childhood best friend) Massala. It won 11 Academy Awards, including Best Picture, Best Director, and Best Actor, though watching it in recent times, it feels stodgy and entirely too respectable, with coy glances at the life and ministry of Jesus Christ during the first century, a storyline that runs parallel with that of Ben-Hur and Massala.

Except for the chariot race sequence! That's electrifying and still stunning to watch today, a tribute to editors Ralph E. Winters and John D. Dunning, and second-unit directors Andrew Marton and Yakima Canutt, the latter a legendary stunt man. (Sergio Leone also worked on the sequence as one of the assistant directors.) Marton and Canutt scripted the entire sequence, worked out the stunts, angles, and so forth.

The new version will supposedly focus more on Judah Ben-Hur and Massala as young men, and also relate more directly the story of Christ that is evidently so integral to Wallace's novel. MGM bought the screenplay by Keith Clarke (The Way Back), with multiple producers attached, to develop the project further.

The great advantage of the public domain, of course, is that no rights fees need be paid -- though that's not an obstacle nowadays for the well-financed major studios -- and there are no concerns about the rights of the creator. In other words, with both The Odyssey and Ben-Hur, there is no need to appease or negotiate or take into account the feelings of the original writers, as opposed to the studios that had to court Stephenie Meyer (Twilight), Suzanne Collins (The Hunger Games), or E.L. James (50 Shades of Grey).

Now, who could play a modern-day Charlton Heston?

Hollywood Beat is a column on the film and TV industry.

Do you feel this content is inappropriate or infringes upon your rights? Click here to report it, or see our DMCA policy.
Ben-HurCharlton HestonHomerThe OdysseyWilliam Wyler