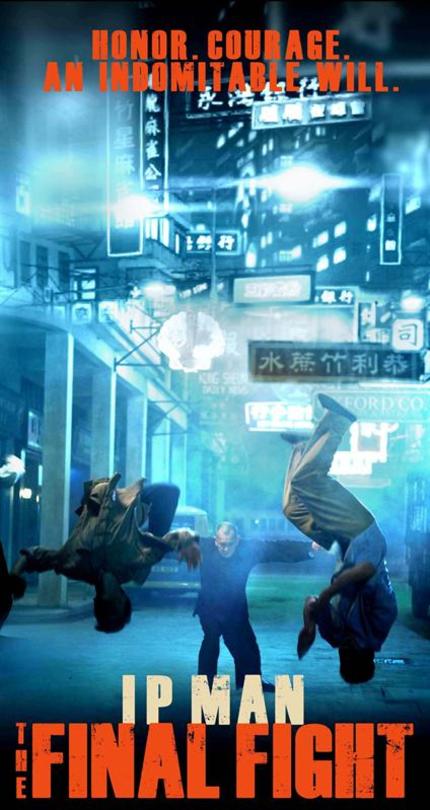 Director Herman Yau reunites with The Untold Story actor Anthony Wong in Ip Man: The Final Fight. The semi-biopic is the follow-up to Yau's The Legend Is Born: Ip Man, and while the first film focused on his early life, the new picture tells the story of his last battle during his elderly years, in the period leading up to his death. To prepare for the role, Wong trained extensively in Wing Chun for a year.

This interpretation is one of many to join the Ip Man bandwagon. Among the related projects based on the legendary martial artist is Wong Kar-wai's The Grandmaster, with Tony Leung Chiu-wai in the title role. Pegasus Motion Pictures announced that Donnie Yen will return in the third installment of the Ip Man series in 3D and, reportedly, there's even a musical in the works.

Beside Wong in the lead, the other cast members include Anita Yuen as Ip Man's wife, Eric Tsang as Ip Man's friend-turned rival and Hung Yan-yan (aka Xiong Xin-xin), the action director of the film, as the main antagonist. Ip Man's martial arts students are played by Jordan Chan, Gillian Chung, Timmy Hung and Luxia Jiang. Ip Chun, the actual son of Ip Man, will make a special appearance.

In post-war Hong Kong, legendary Wing Chun grandmaster Ip Man is reluctantly called into action once more, when what begin as simple challenges from rival kung fu styles soon draw him into the dark and dangerous underworld of the Triads. Now, to defend life and honor, he has no choice but to fight one last time...