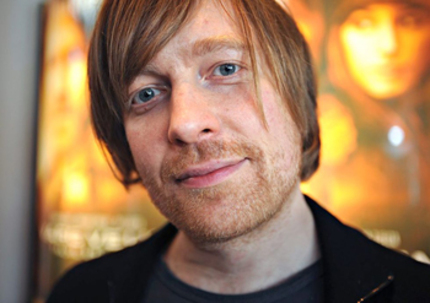 Headhunters director Morten Tyldum, has left the Norwegian-Danish production Tordenskiold, the biopic about Peter Wessel Tordenskiold, in favor of making his international debut with another biopic - this one about about Alan Mathison Turing - titled The Imitation Game.

The Imitation Game is based on Graham Moore's book about the UK mathematician, logician, crypto-analyst and computer scientist Alan Mathison Turing, who was during WW2 head of Hut 2 at Bletchley Park, the code-breaking centre that unravelled the settings of Germany's Enigma machine.

After the war, he worked in the computer industry. A homosexual, he was prosecuted in 1952, and accepted chemical castration to avoid prison. He committed suicide in 1954, by cyanide poisoning, aged 42. In 2009, British PM Gordon Brown issued a public apology for "the appalling way he was treated".

"It is an exciting, touching and rather tragic story - a portrait of a genius, a war drama and a spy thriller all in one," said Tyldum...

Originally Tyldum was going to make his international debut with Bastille Day, which was to star Ben Affleck, but that production has been put on hold since Affleck left the production. My only real exposure to Turing has come in novels like Neil Stephenson's The Diamond Age and Cryptonomicon so I find this a compelling project. Production is scheduled for April. The Norwegian producers of Tordenskiold are looking for a new director.
Tweet Post Submit