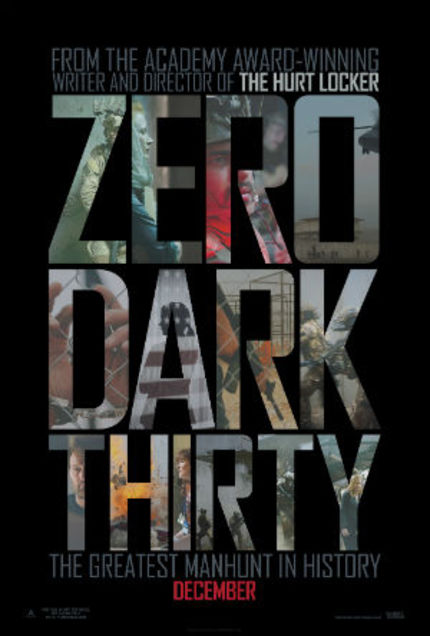 Maya flinches when she sees a chained man tortured by waterboarding. He is believed to have close ties to Osama bin Laden. He has been captured and imprisoned in an undisclosed location. He is never getting out. Three thousand Americans were murdered on 9/11, more than a year has passed, and the clock for finding and killing those responsible is ticking very loudly. And Maya's boss needs information now.

It is the first day in the field for Maya (Jessica Chastain) after she impressed her superiors in Washington. D.C. with her work as an intelligence analyst. So she flinches, as any human would, and she tries to avert her eyes, yet she cannot look away, and she swallows her disgust when her boss Dan (Jason Clarke) orders her to fill a bucket with water so Dan can pour the water over the head of the masked man, and make the prisoner feel as though he is drowning.

Lean, muscular, and shorn of sentimentality, Zero Dark Thirty is consistently absorbing, even as it makes the case that morally-repugnant torture was absolutely necessary in order to discover the whereabouts of Osama bin Laden. Note that the film, written by Mark Boal and directed by Kathryn Bigelow with riveting precision, does not argue in favor of torture. Instead, it endeavors to lay out facts like railroad tracks; torture leads to the breakdown of an insider, who then provides information on another insider, which then leads the investigators, ultimately, to their desired destination, i.e. the location of bin Laden.

In a daring move, Zero Dark Thirty revolves around Maya. As embodied by Chastain, she is mature beyond her years and entirely focused. While she possesses extraordinary knowledge of and insight into of terrorist operations, steadily bolstered by first-hand experience she gains during her years of field work, her personal life remains a closed book. She declines an invitation to return to Washington and lead a more "normal" life; she becomes friendly with her colleague Jessica (Jennifer Ehle) only at the latter's gentle insistence.

Maya is not a robot, however; far from it. She is more akin to The Man With No Name, as played by Clint Eastwood in Sergio Leone's spaghetti Westerns. She is single-minded in her determination to bring Osama bin Laden to justice. Maybe it's an unhealthy obsession; she fumes when her superiors, including Kyle Chandler and Jeremy Strong, dare to disagree with her or drag their feet in meeting her strongly-worded requests. Or maybe it's the only way to respond to a horrific event and to the leader who continues to inspire his followers to commit terrorist acts of murder and destruction. 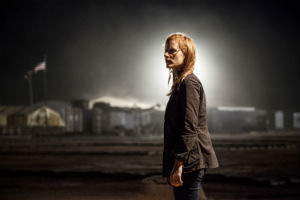 Jessica Chastain brings Maya fully to life in an enthralling performance, and the supporting cast is filled with characters who reek of authenticity; in addition to the actors already noted above, Edgar Ramirez, Joel Edgerton, and Chris Pratt have small but key roles. Kathryn Bigelow's direction is incredibly well-modulated, which lends to the verisimilitude of a story that almost feels too real to be true.

In an opening title, the film declares that it is based on firsthand accounts. Whatever the facts, whatever genuine anger and moral repugnance lingers, Zero Dark Thirty is the real deal, a piercing drama that applies a documentary approach to a sobering military mission.