LINCOLN is Best of 2012, According to Dallas Critics 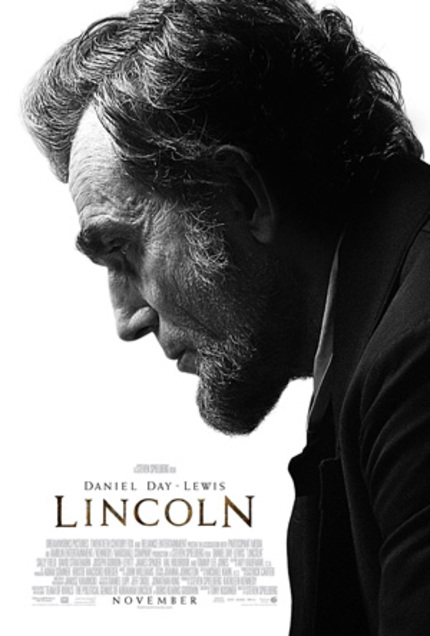 Steven Spielberg's Lincoln has been named the best film of 2012 by the Dallas-Fort Worth Film Critics Association, of which I am a proud member. (That being said, the film was not in my personal top 10.) Kathryn Bigelow nabbed the best director honors for Zero Dark Thirty.

Beast of the Southern Wilds is the winner of the Russell Smith Award, named for the late Dallas Morning News film critic. The honor is given annually to the best low-budget or cutting-edge independent film.

Complete results are below, per press release:

The Dallas-Fort Worth Film Critics Association voted the historical epic LINCOLN as the best film of 2012, according to the results of its 19th annual critics' poll released today.

For Best Actor, the association named Daniel Day-Lewis for LINCOLN. Runners-up included Joaquin Phoenix for THE MASTER (2), John Hawkes for THE SESSIONS (3), Hugh Jackman for LES MISERABLES (4) and Denzel Washington for FLIGHT (5).

Jessica Chastain was voted Best Actress for ZERO DARK THIRTY. Next in the voting were Jennifer Lawrence for SILVER LININGS PLAYBOOK (2), Helen Mirren for HITCHCOCK (3), Emmanuelle Riva for AMOUR (4) and a tie between Quvenzhane Wallis for BEASTS OF THE SOUTHERN WILD and Naomi Watts for THE IMPOSSIBLE (5).

In the Best Supporting Actor category, the winner was Tommy Lee Jones for LINCOLN. He was followed by Philip Seymour Hoffman for THE MASTER (2), Christoph Waltz for DJANGO UNCHAINED (3), Alan Arkin for ARGO (4) and Robert De Niro for SILVER LININGS PLAYBOOK (5).

For Best Supporting Actress, the association named Sally Field for LINCOLN. Runners-up included Anne Hathaway for LES MISERABLES (2), Amy Adams for THE MASTER (3), Helen Hunt for THE SESSIONS (4) and Ann Dowd for COMPLIANCE (5).

Kathryn Bigelow was voted Best Director for ZERO DARK THIRTY. Next in the voting were Steven Spielberg for LINCOLN (2), Ben Affleck for ARGO (3), Ang Lee for LIFE OF PI (4) and Wes Anderson for MOONRISE KINGDOM (5).

The association voted AMOUR as the best foreign-language film of the year. Runners-up were A ROYAL AFFAIR (2), THE INTOUCHABLES (3), HOLY MOTORS (4) and THE KID WITH A BIKE (5).

SEARCHING FOR SUGAR MAN won for Best Documentary over BULLY (2), HOW TO SURVIVE A PLAGUE (3), WEST OF MEMPHIS (4) and THE INVISIBLE WAR (5).

PARANORMAN was named the best animated film of 2012, with FRANKENWEENIE and THE PIRATES: BAND OF MISFITS as runners-up. Mark Boal won the Best Screenplay award for ZERO DARK THIRTY over Quentin Tarantino for DJANGO UNCHAINED.

The award for Best Cinematography went to Claudio Miranda for LIFE OF PI, followed by Roger Deakins for SKYFALL. The association gave its inaugural award for Best Musical Score to John Williams for LINCOLN.

The association voted BEASTS OF THE SOUTHERN WILD as the winner of the Russell Smith Award, named for the late Dallas Morning News film critic. The honor is given annually to the best low-budget or cutting-edge independent film.

The Dallas-Fort Worth Film Critics Association consists of 30 broadcast, print and online journalists from throughout North Texas. For more information, visit www.dfwfilmcritics.net.