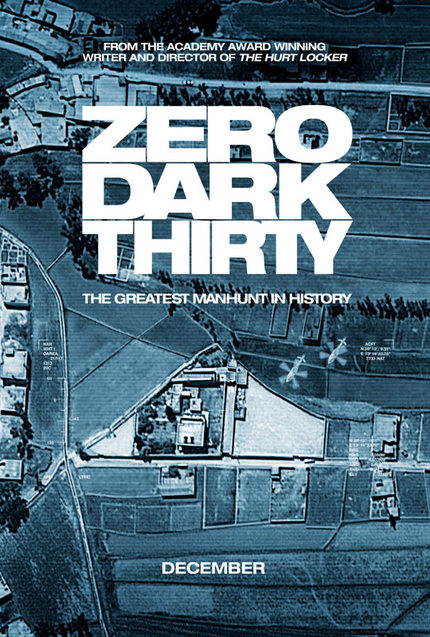 If there was a fear about Kathryn Bigelow's upcoming Zero Dark Thirty it was that the subject matter would virtually ensure that the film devolve into little more than chest thumping rah-rah. It is, after all, the story of how American forces tracked down and killed Osama Bin Laden. The Republican Party were certainly quick to play the propaganda card, challenging the film almost immediately claiming that the Obama administraition were leaking information to the filmmakers in exchange for a very pro-Obama piece of work in an election year.

I can only imagine that most of the people squawking had never seen The Hurt Locker, in which Bigelow presented a remarkably grounded take on a different aspect of this same conflict. And the latest trailer for Zero Dark Thirty makes it very clear that, once again, Bigelow's approach remains about as far away from what you would expect from a Michael Bay or even a Ridley Scott as is humanly possible.

For a decade, an elite team of intelligence and military operatives, working in secret across the globe, devoted themselves to a single goal: to find and eliminate Osama bin Laden. Zero Dark Thirty reunites the Oscar(R) winning team of director-producer Kathryn Bigelow and writer-producer Mark Boal (The Hurt Locker) for the story of history's greatest manhunt for the world's most dangerous man.

The beuaty of Bigelow is that while she can stage action with the best of them, she does so while retaining a firm focus on her characters and that strength is very much in effect here.  Jessica Chastain, Jason Clarke, Joel Edgerton, Mark Strong, Jennifer Ehle, Kyle Chandler, and Edgar Ramirez star.