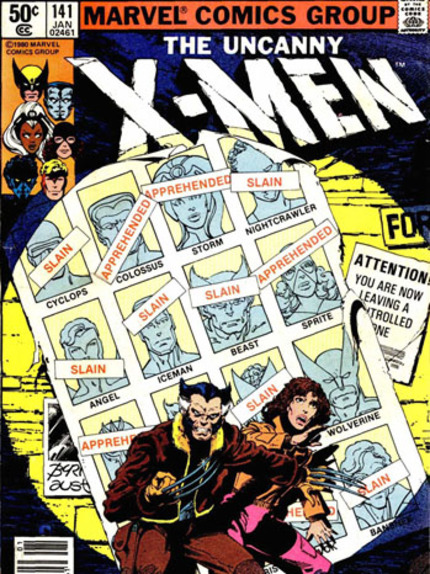 Magneto and Charles Xavier, meet Magneto and Charles Xavier. Casting on the upcoming Bryan Singer directed X-Men: Days Of Future Past took an intriguing turn yesterday when Singer tweeted a welcome to Patrick Stewart and Ian McKellen to the cast of the film. That duo, of course, played Charles Xavier and Magneto in the first run of Singer directed and produced X-films before James McAvoy and Michael Fassbender took on the characters for the set-in-the-60s X-Men: First Class.

With the new picture based on the multiple timeline Days Of Future Past story Singer is bringing all four actors into the fold - a much better move than aging up McAvoy and Fassbender - which immediately begins speculation on which other actors from the earlier films may be turning up as well.