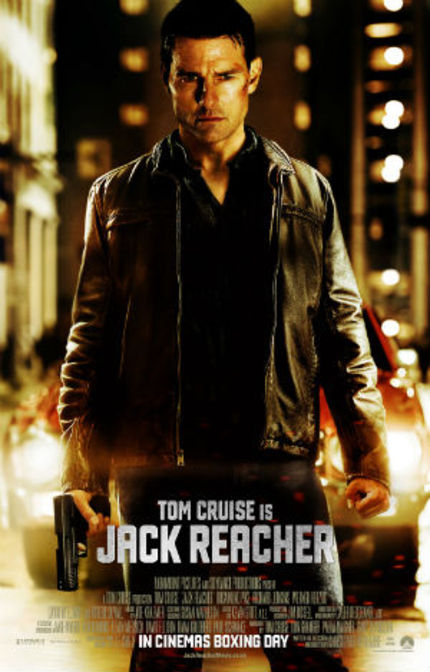 He may be far from the character envisioned by author Lee Child, but audiences won't care if Tom Cruise can deliver the goods as Jack Reacher, a former military police officer who now walks the land like Caine in Kung Fu, beating up people and rescuing strangers.

Having read several of the Reacher books, I've questioned the wisdom of casting Cruise since it was announced, but the new trailer puts him in context of a very good supporting cast, with the likes of Werner Herzog (!) as a bad guy, plus Robert Duvall, Rosamund Pike, and Richard Jenkins. Christopher McQuarrie has written some snappy dialogue, and his direction looks entirely on the money.

I'm officially in the "cautiously optimistic" camp now. The movie opens in December.